PATNA: Bihar showed rare enthusiasm in celebrating the 71 Independence Day despite all odds at this time when many parts of the state remain flooded.

One such scene was on display in Bagaha sub-divisional ground in West Champaran district where the police jawans gave salute to the unfurling tri-colour while sanding in waist-deep floodwater. 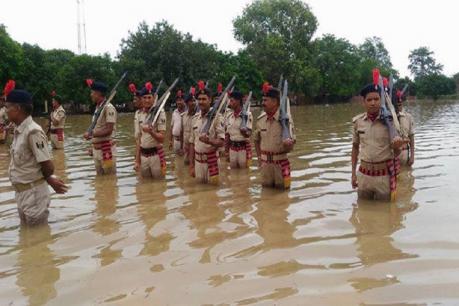 While the foot soldiers reached the parade ground wading through the floodwaters, the sub-divisional official Dharmendra Kumar and the district superintendent of police Shankar Jha reached there by boat.

Similar scene was witnessed in Sugauli police station in the district where the policemen unfurled the national flag standing in waist-deep floodwaters.

Some 13 districts of Bihar are currently reeling under severe floods which the authorities say have been caused by incessant rains in the past few days. 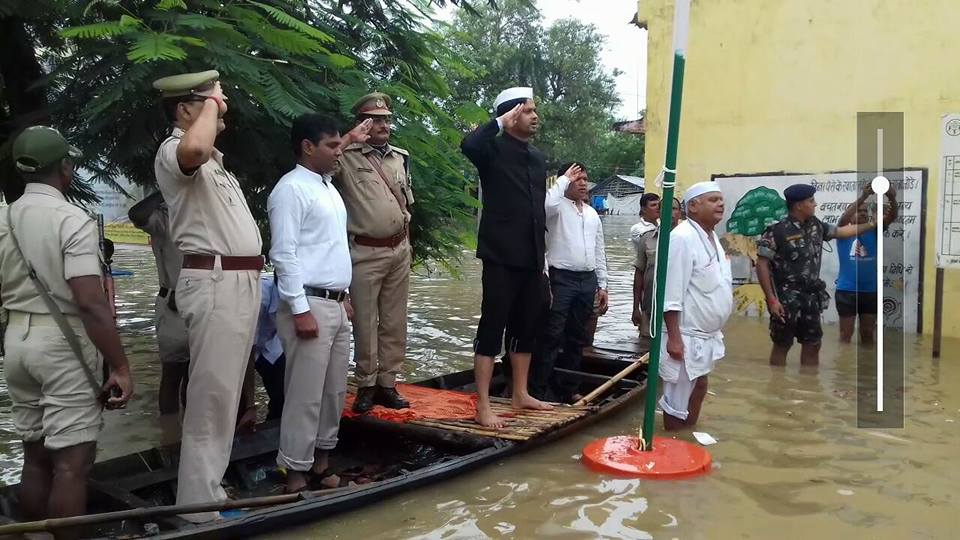