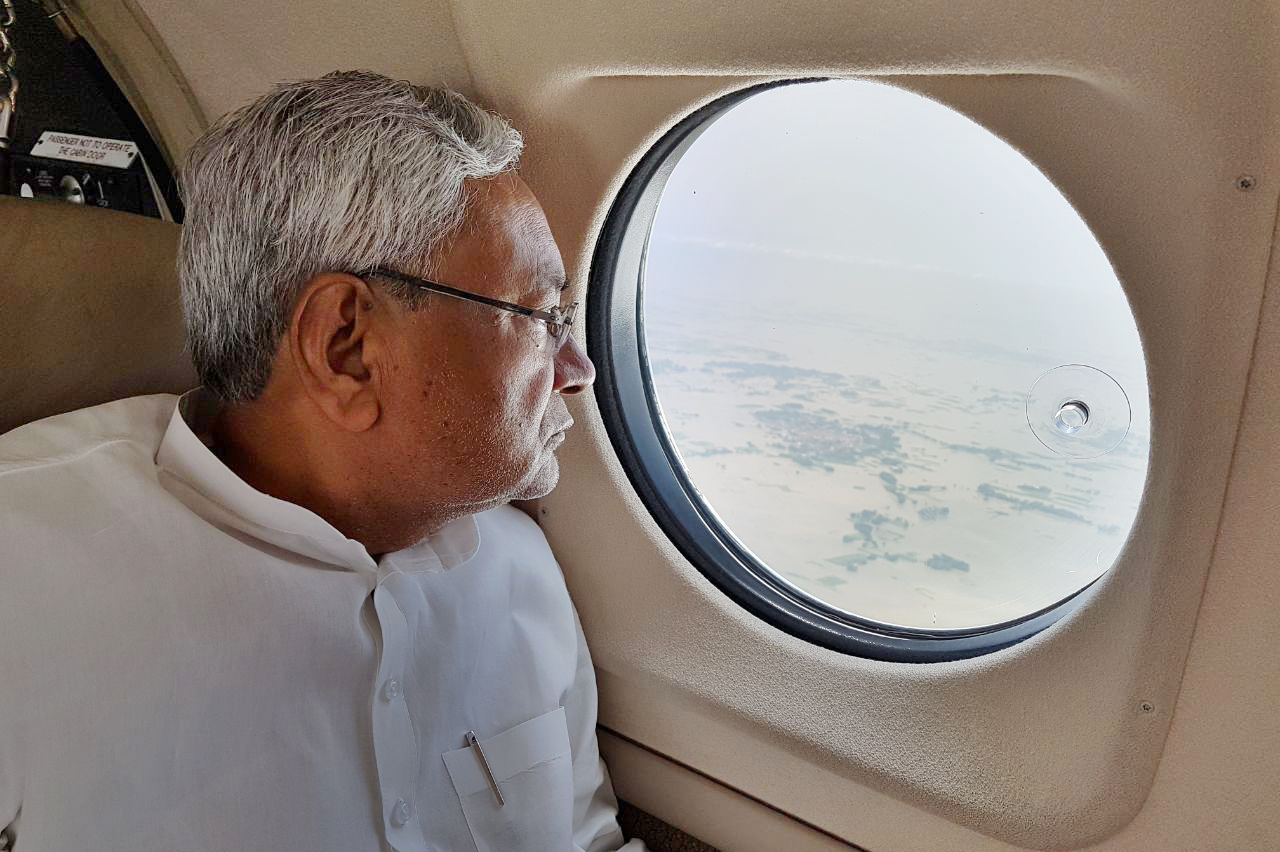 PATNA: A strong anger has gripped millions of villagers trapped in devastating floods in Bihar for alleged lack of relief even as the ruling party ministers, leaders and officials look busier rather in making aerial surveys of the flood-hot regions.

At presently, 73.44 lakh (7.34 million) populations settled 1,151 panchayats across 14 districts are badly affected by floods which have also killed over 80 people in the past three days.

What has angered the villagers more is that the government and the officials look more interested in conducting aerial survey instead of rushing relief and save their lives.

Chief Minister Nitish Kumar himself has conducted four aerial surveys in the past four days.

He began his aerial survey drive on Monday conducting the aerial survey of Purnia, Araria, Kishanganj and Katihar in the company of officials.

He followed it up with the aerial review of East Champaran, Sheohar, Drabhanga, Sitamarhi and Madhubani districts on Tuesday.

He is not alone. Disaster management minister Dinesh Chanadra Yadav, principal secretaries of Disaster Management Department, Road Construction Department and Rural Works Department along with the Divisional Commissioner, Purnia too took chopper rides to survey the flooded areas from sky.

These all go on at a time when the flood victims are dying for a morsel f relief as their entire property have either been washed away or destroyed in flood waters which entered their homes.

Many said they have not eaten for day or just survived on handful of dry grains settled atop hut-roof or on trees after waters flooded their villages.

Angry villagers are now venting their anger against the officials, holding them hostage or blocking roads. There are reports villagers staging protests in Kishanganj, Bagaha, Purnia and Katihar.

Although 14 districts are affected by floods, the situation is very grave in Kishanganj, Araria, Supaul, Katihar, Madhubani, both Chamaparans and Gopalganj.

Disaster management department officials claim 274,320 people have been evacuated so far and lodged in 504 relief camps.

‘Sharad faction real JD-U, the other led by Nitish completely drowned in the BJP’