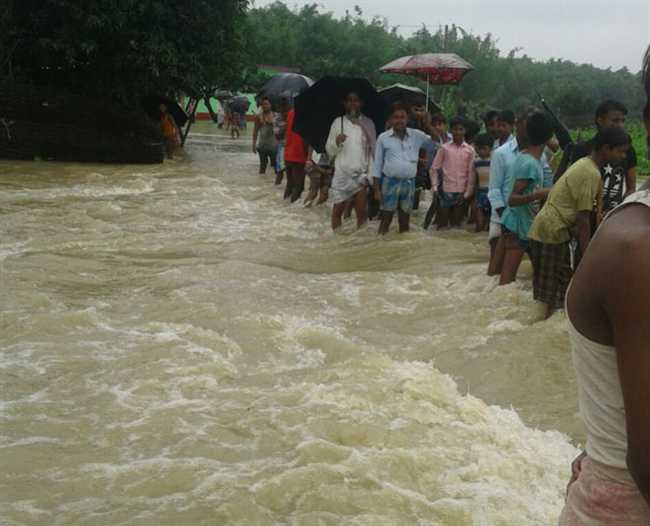 According to reports in local media, eight people died in Purnia, three in Araria and One in Katihar.

Authorities said majority of the rivers in the state, such as Kosi, Gandak and Mahanada are currently are flowing above danger mark.

On Saturday, a mud embankment washed away for about 25-30 meter in Kunauli panchayat in Supaul district owing to rising water in Kosi, destroying standing crops and forcing the villagers to take shelter atop higher places.

Floods have also affected a huge population in Madheura, Purnia, Araria and Gopalganj.

According to an official report, the floods have affected 34 villages in Madhepura, 20 villages in Purnia and 41 villages in Gopalagaj. The disaster management department has asked officials to be on alert and provide relief to the victim families.

Reports said West Champaran district also faces serious flood threat after heavy discharge of water in the Gandak river broke one of the gates of the Gandak barrage on Thursday night.

Authorities have registered a case against eight persons, including engineers and junior engineers, in connection with the damage of barrage.