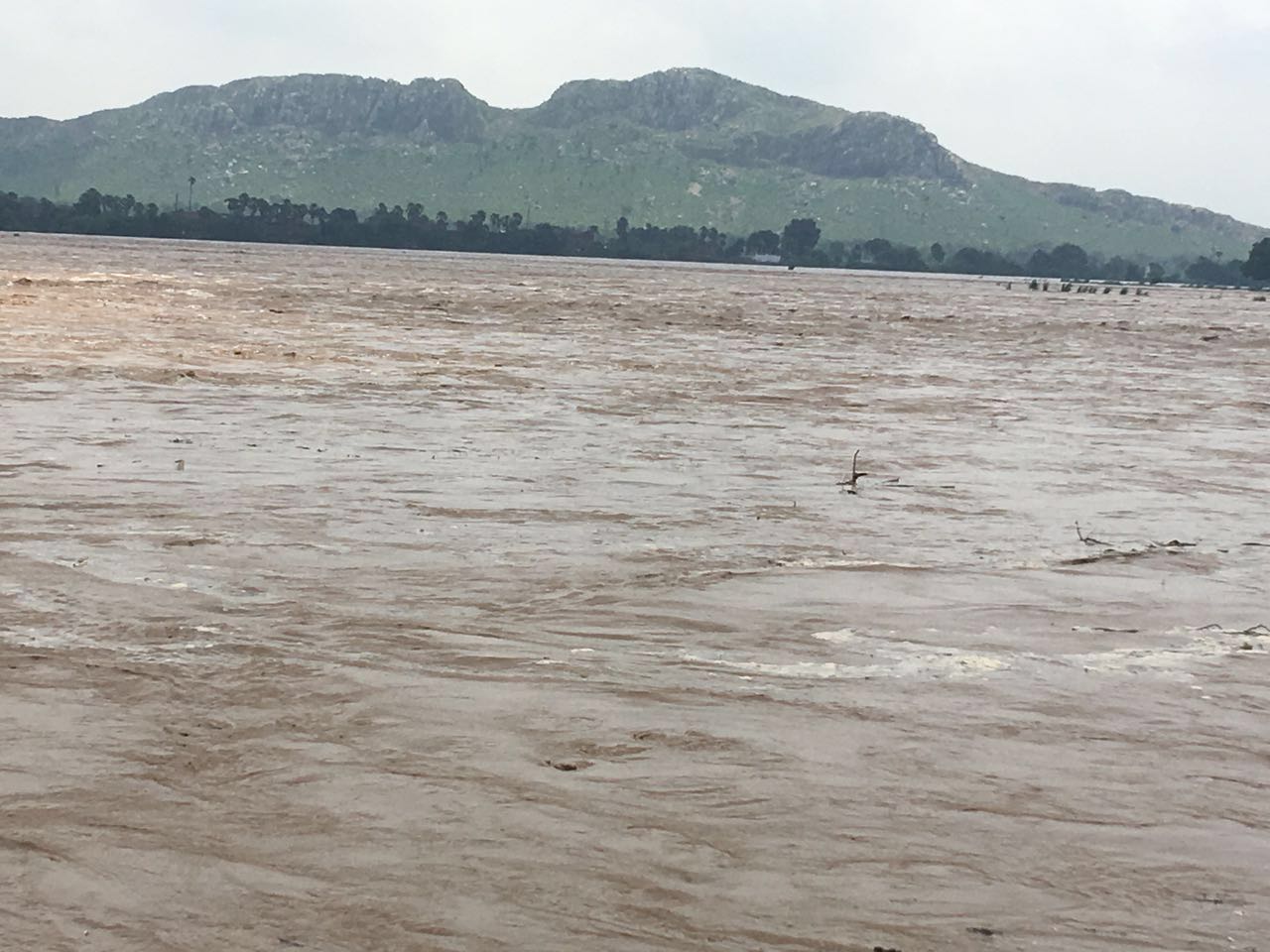 Strangely, Falgu ‘cursed’ by Goddess Sita remains unusually dry for most of the season.

Authorities said the flash flood was caused by heavy rains in neighbouring Jharkhand state which fed most of the seasonal rivers in Bihar.

According to media reports, most of the people were caught unawares by flash floods in the Falgu river and were swept away by its wave. The victims include two women and a child.

The flash floods also inundated some 150 houses located along its bank.

The state disaster management authorities have sounded alert in the areas and asked the officials to evacuate the population living in the riverine areas. Rescue teams too have been rushed to the spot.

Image Caption: An overflowing Falgu in Gaya district of Bihar

SRK detained at US airport, third time in seven years!