‘FIR is not resignation. If that’s the rule then anybody can be removed anytime,’ says Lalu 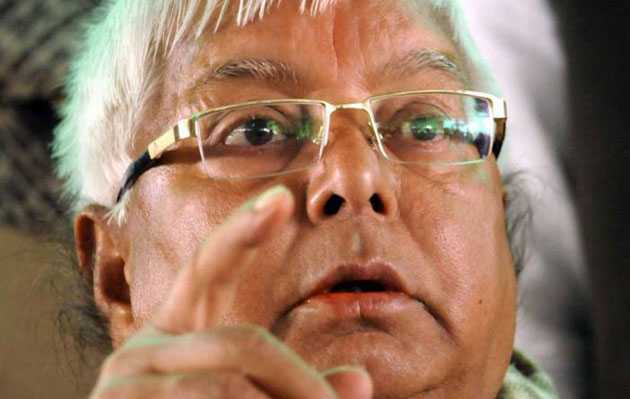 “FIR doesn’t mean resignation. If that becomes the criteria, then anybody can be removed from their posts by simply filing an FIR against him,” asked Prasad, talking to media in Ranchi late Wednesday evening.

He said there were so many BJP ministers who are charge-sheeted but they are still continuing on their posts.

“Why this double-standard?” he asked.

Prasad’s remarks assume significance in the light a comment from a JD-U spokesperson who indirectly suggested the deputy chief minister Tejashwi Yadav to resign over the issue of corruption.

“It’s not just the allegations of corruption but an FIR has registered against him (Tejashwi) that too by the CBI,” JD-U’s spokesperson Ajay Alok told the media yesterday, indicating the gravity of the situation.

Tejashwi who is younger son of RJD president Lalu Prasad has been named as an accused in a corruption case by the CBI which also raided his bungalow on Friday.

The scandal relates to acquiring landed properties in lieu of leasing out railway hotels to private parties and this took place while the RJD president Lalu Prasad was the federal railway minister.