This is fight to save democracy, says Tejashwi from Mamata’s dharna venue 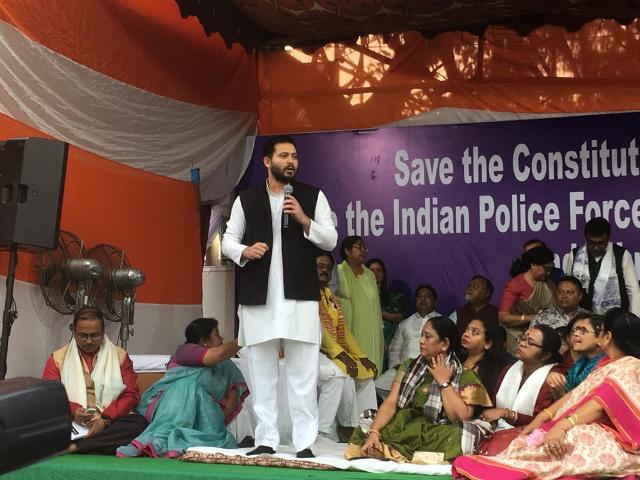 Kolkata: RJD leader Tejashwi Yadav joined West Bengal CM Mamata Banerjee on the dharna venue saying they are all battling to fight ‘democracy’ and various ‘democratic institutions’ in the country.

“This is a battle to fight democracy,” Yadav said

“We all want to protect the Indian constitutional bodies,” he said.

“We have arrived here to support protesting Mamata Banerjee,” he said.

He alleged that the Centre is only initiating an investigation against those political leaders who are speaking against PM Narendra Modi.

“Investigations are only being made against those people who are speaking against Modi,” Yadav said,

“We are thanking Mamata Banerjee for starting the initiative,” he said.

Andhra Pradesh Chief Minister N Chandrababu Naidu also arrived at the venue and met Banerjee who has been sitting on a dharna against CBI’s move against Kolkata Police chief Rajeev Kumar since Sunday.

The court said no coercive action would be taken against Kumar.

Boy hires shooter to kill father as he would ask him to focus on study!