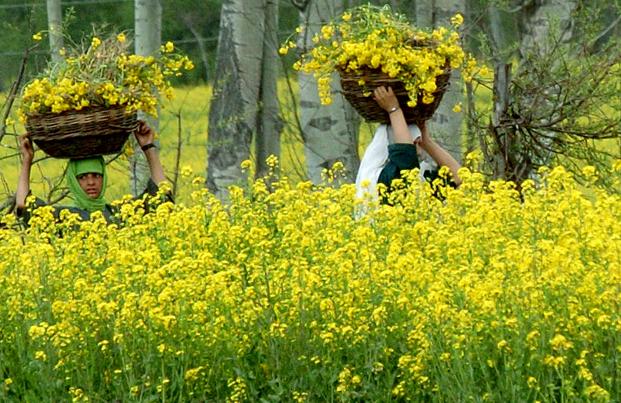 The Union Finance Minister Arun Jaitley named agriculture as one of the 10 important sectors that were the focus of his budget for 2017-18. He backed it up with announcements of crucial measures towards raising farmers’ incomes including enhancing credit availability, formulation of a Model Law on Contract Farming to reduce post-harvest losses and setting up of Dairy Processing and Infrastructure Development Fund for additional source of income to farmers in dairy sector.

In a major boost to the sector, the Finance Minister raised the availability of credit for farmers to a record Rs. 10 lakh crore.  “For a good crop, adequate credit should be available to farmers in time. The target for agricultural credit in 2017-18 has been fixed at a record level of  Rs. 10 lakh crores. We will take special efforts to ensure adequate flow of credit to the under serviced areas, the Eastern States and Jammu and Kashmir,” he said.

Availability of milk processing facility and other infrastructure will benefit the farmers through value addition. A large number of milk processing units set up under the Operation Flood Programme have since become old and obsolete, the Minister observed.

Looking to the vagaries of monsoon when 60 per cent of Indian farming is under rain-fed conditions, Jaitley set aside Rs. 9000 crore under the newly-launched Prime Minister’s Fasal Bima Yojna. The coverage of this demand-driven scheme will be increased from 30 per cent of cropped area in 2016-17 to 40 per cent in 2017-18 and 50 per cent in 2018-19. The Budget provision of  Rs 5,500 crores for this Yojana in Budget Estimates for 2016-17 was increased to Rs. 13,240 crores in Revised Estimates 2016-17 to settle the arrear claims.

In addition, farmers will benefit from the 60 days’ interest waiver on loans availed by farmers from the cooperative credit structure as announced by Prime Minister Narendra Modi earlier.

“The Primary Agriculture Credit Societies (PACS) act as the front end for loan disbursements. We will support NABARD for computerisation and integration of all 63,000 functional PACS with the Core Banking System of District Central Cooperative Banks. This will be done in three years at an estimated cost of  Rs.1,900 crores, with financial participation from State Governments. This will ensure seamless flow of credit to small and marginal farmers.’’

Referring to the Soil Health Card programme of the Ministry of Agriculture and Farmers Welfare, Jaitley said the programme had gathered momentum but the real benefit will accrue to the farmers only when soil samples are tested quickly and the nutrient level of the soil is known.  For this the government will set up new mini labs in the 648 Krishi Vigyan Kendras and ensure 100 per cent coverage. . In addition, 1000 mini labs will be set up by qualified local entrepreneurs. The government will provide credit linked subsidy to these entrepreneurs.

Jaitley said the total corpus for the Long Term Irrigation Fund under NABARD will be Rs. 40,000 crore with the addition of Rs. 20,000 crore announced earlier. A dedicated Micro Irrigation Fund will be set up in NABARD to achieve the ‘per drop more crop’ goal with an initial corpus of Rs. 5000 crore. Ninety-nine irrigation projects are targeted to be completed by 2019 under the programme.

Over 250 markets have been connected through an electronic platform (e-NAM) under the National Agriculture Market programme launched last year. This will enable farmers to get better prices, in a transparent manner, for their produce in the post-harvest phase. The coverage of e-NAM will be expanded to 585 APMCs. For this, the government will provide assistance up to a ceiling of Rs. 75 lakhs will to every e-NAM market for establishment of cleaning, grading and packaging facilities for value addition to the farmers’ produce. Towards this end, states will be urged to undertake market reforms and de-notify perishables from the Agriculture Produce Marketing Committee Act (APMC). This will give opportunity to farmers to sell their produce and get better prices.

Jaitley said that to integrate farmers who grow fruits and vegetables with agro-processing units for better price realization, the government proposes to bring a Model Law on Contract Farming. The model law will circulated to States for adoption.

Saluting the resilience and commitment of the Indian farmers, the Minister observed that the farm sector was set to grow by 4.1 per cent this year. He, however, underscored the need to enhance production and productivity and meet post-harvest challenges.

(The author is an award-winning senior journalist based in New Delhi).