FAMILY NEVER KNEW HE REMAINED IN PAK JAIL ALL THESE YEARS 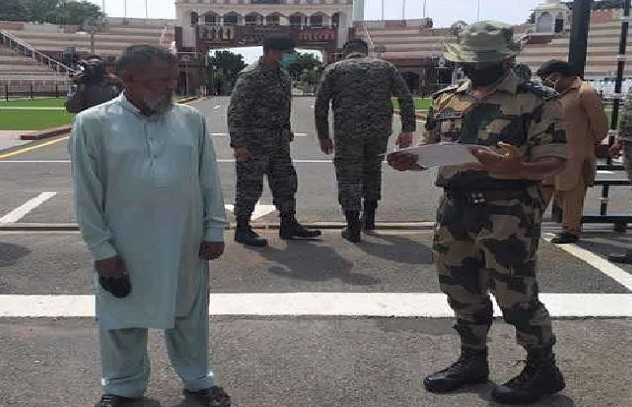 PATNA—A Bihar villager who remained stuck in Pakistan for as many as 16 years has eventually returned to his home, leaving his family and co-villagers in celebration mode.

The man identified as Ram Chandra Yadav, a resident of Nawada district in Bihar, was handed over to the 89th battalion deployed at the international border by the Pakistan rangers on August 19.

Subsequently, the BSF officials contacted the local police to inform them about the release of the man from the Pakistan jail and locate his family.

The joy of his family knew no bounds when they were informed the man is still alive and is currently being take care of by the BSF.

“How can I express my joys in words! I have regained my lost world. I hugely thank God for answering my prayers,” his wife Sakunti Devi said on Thursday.

Ramchandra, 58, who hails from Bhawani Bigha village under Kashichak police station had suddenly gone missing from his house one day in 2004. He was mentally disturbed then and was under the treatment of doctors.

The family failed to locate him despite their all efforts. They almost resigned to their fate thinking he would never return when the unbelievable thing happened.

A parrot which loves to handle smartphone, listen songs on YouTube