Falling from grace: How petty thieves prey on mighty Bihar politicians with impunity 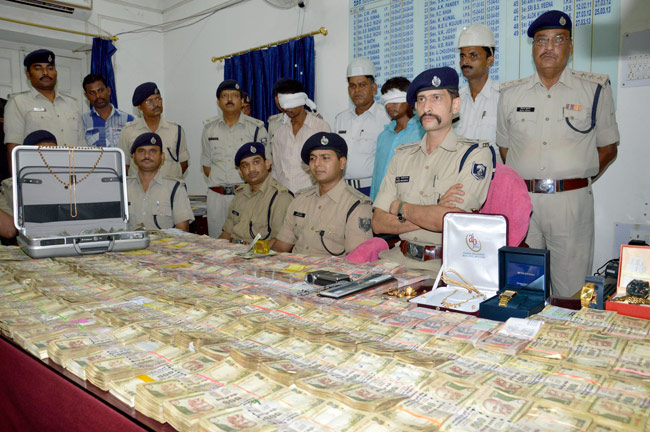 PATNA: Do politicians have lots of money? Call it bizarre or anything else, petty thieves have been constantly targeting the homes of politicians in Bihar and are walking away with huge cash!

In a fresh incident, the thieves burgled the rented house of ruling Janata Dal United (JD-U) Member of Parliament Ghulam Rasool Balyavi on Tuesday night and took away cash and jewelry worth over Rs 1.6 million. The MP who was staying in Gardanibagh locality of Patna had gone to Delhi to attend the budget session Parliament when the thieves entered his house and stole the cash without being challenged by anyone.

Balyavi is not the lone politician having been targeted by the petty thieves. Earlier in July, 2014, thieves had stolen Rs 11.4 million, 600 US dollar and gold jewelries from the Patna-based residence of Giriraj Singh, a BJP minister in the Narendra Modi government at the Centre. Strangely, Singh had reported a theft of only around Rs 50,000 to the police but the police investigation ultimately led to recovery of Rs 11.4 million from the thieves. The thieves were nabbed while they were fleeing on an auto-rickshaw with hard cash stuffed in four suitcases. The Income tax Department is probing the case.

The same year in June, thieves entered into the Patna-based residence of former MP Sadhu Yadav, brother-in-law of Rashtriya Janata Dal (RJD) chief Lalu Prasad, and took away Rs eight million in cash, some three kilogram of precious jewelries and Nepalese currencies. Here in this case too, the victim reported a theft of petty amount to the police but the investigation led to the recovery of the aforesaid amount. This matter too is being investigated by the IT Department.

Thieves have also targeted the house of a close relative of former Bihar chief minister Jitan Ram Manjhi and stolen cash and valuables worth over Rs 500,000. Manjhi’s relative Satyendra Kumar was away from home when the burglars cleaned his dwelling located in Gaya district.

Thieves also robbed off valuables from the house of a close relative of former Bihar chief minister late KB Sahai. Reports said the burglars rang the door bell of ex CM’s kin Rajesh Verma posing as his friends and asked his wife to come out. As she opened the door, they sprayed sedatives on her leaving her unconscious. Thereafter, they easily collected all cash and valuables from the house before fleeing the scene. The victim was staying in Peerbahore locality of the state capital.

They have not spared the officials as well. Quite in the same fashion, they looted cash and valuables from a close relative of former Director General of Police Abhayanand. The victim who is an Income Tax commissioner has his house located in the posh locality of the state capital with adequate security arrangements.

Image caption: Patna police with cash and jewelries recovered from thieves. The recovered cash was looted from the house of BJP minister Giriraj Singh in July 2014. File Photo

Look who are seeking career in Sanskrit – the Muslim girls!