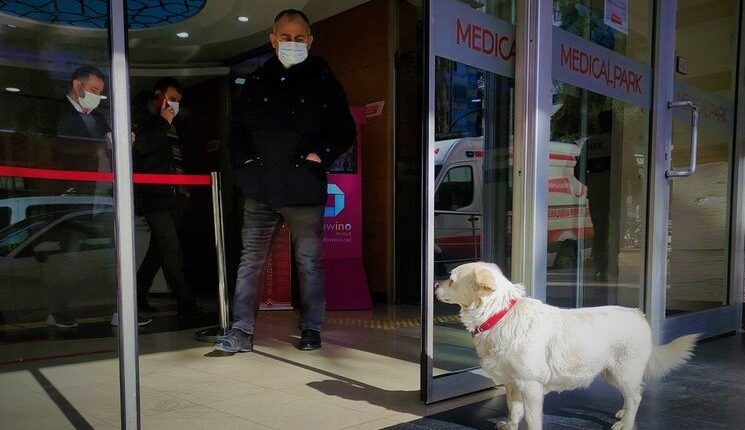 A faithful dog kept waiting for her sick master outside a hospital in Turkey for a full week after he was admitted with some cerebral problems last week.

The 68-year-old man was admitted to a hospital on January 14 in Istanbul after a brain embolism.

Media reports said the dog continued following the ambulance once it left the home carrying the man and eventually reached the hospital gate.

For the next one week, the dog was seen standing outside the hospital gate, eagerly waiting for her master admitted inside.

According to media reports, sick man’s daughter tried to take the dog home several times but she ran back to the hospital all the time.

The dog became happy after her master was released from the hospital a week later and he kissed her and patted on her back.

“It makes a person very happy. The dog is very close to us, like a human being, and it makes you happy,” the man told news agency AFP.

Man throws fishing net to catch fish, himself gets entangled inside, dies