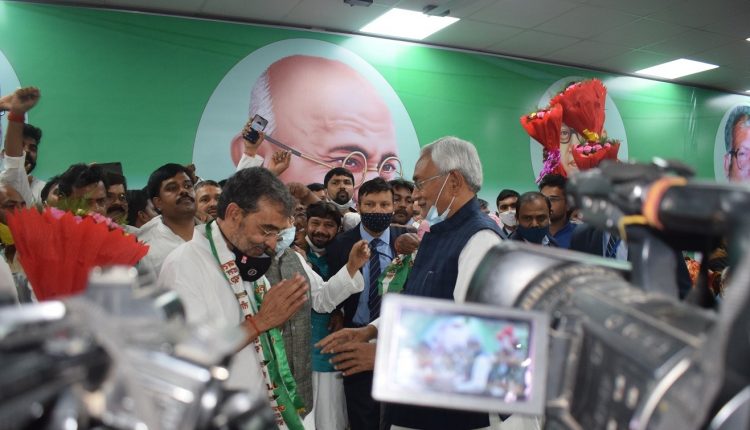 The merger took place following intense political debate during the two-day meeting of the RLSP’s national council held in Patna.

“I too had put all my strength in raising the JD-U and today, I have returned to my house again. I will work with my full strength to make the party stronger,” Kuhwaha told the media.

Kushwaha was hurriedly appointed the chairperson of the JD-U’s national parliamentary board moments after he made a homecoming.

Chief Minister Nitish Kumar said he was very happy with the merger. “We’ve worked together in the past and will again work together,” the chief minister said.

The RLSP chief had been facing political isolation since he quit the NDA just ahead of 2019 LS polls.

In both the 2019 LS polls and Bihar assembly polls held in 2020, the RLSP failed to open its account, dwarfing political stature of Kushwaha.