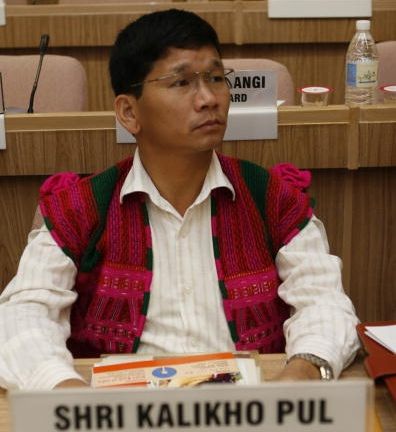 Congress rebel Kalikho Pul who briefly served as the chief minister of Arunachal Pradesh was today found hanging from a ceiling fan at his official residence in Itanagar today.

He allegedly committed suicide at the chief minister’s official residence which he was yet to vacate for Congress leader Pema Khandu who became the chief minister last month after Supreme Court’s intervention.

“The body was found hanging early in the morning today. He may have committed suicide on Monday night itself,” Arunachal Pradesh DGP S Nithianadam was quoted as saying in English daily Hindustan Times on Tuesday.

The reason behind his “suicide” is not clear. He is survived by three wives and four children, as per media reports.

He had led a group of dissident MLAs from Congress against the then Chief Minister Nabam Tuki early this year and later became the chief minister with the support from arch-rival BJP.

My thoughts are with the family & supporters of Kalikho Pul on his sad demise. His service to Arunachal Pradesh will be remembered: PM