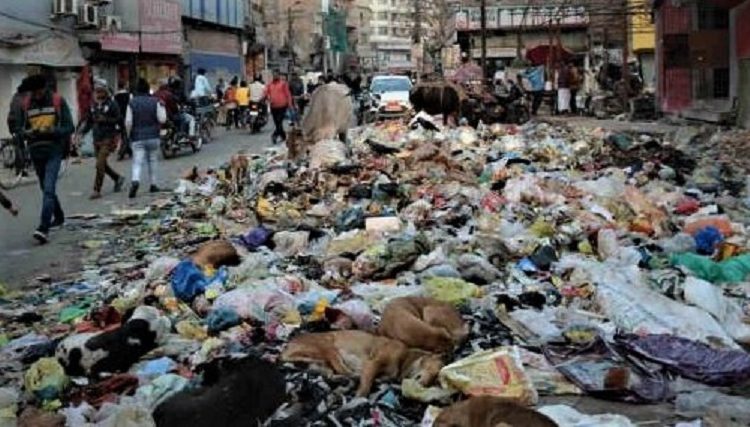 PATNA: As the world battles hard to fight corona virus which has killed around 600 people so far, epidemic threat looms large over Patna, capital of Bihar state, with piles of garbage rotting at every nook and corner of due to strike by municipal workers.

The entire Patna finds itself amid mounds of garbage as thousands of Patna municipal corporation workers are on strike for the past four days to protest their removal from service. A total of 4,300 grade four workers have been removes from job.

Patna releases some 8,800 to 9,900  quintals of garbage every day while the city has not been cleaned in the past four days.

Angry workers have thrown heaps of garbage, dead animals and other rotting wastes outside the residence of ministers, municipal officials and at the major crossing in Patna, such as Dak Bungalow crossing, Boring Road crossing and Kankarbagh crossing to register protest.

That is in addition to piles of garbage thrown in every localities of Patna now already rotting and emitting foul odour. This has turned the state capital into a veritable hell with people very much apprehensive of the outbreak of epidemic.

Keeping in view the prevailing situation, the doctors have advised the residents to stay away from street food counters and remain alert about their health.

“Although no cases of corona virus has been confirmed in Bihar so far yet the way heaps of garbage stink and carcasses rot, we are very much apprehensive about outbreak of virus,” a PMCH doctor told the media on Thursday.