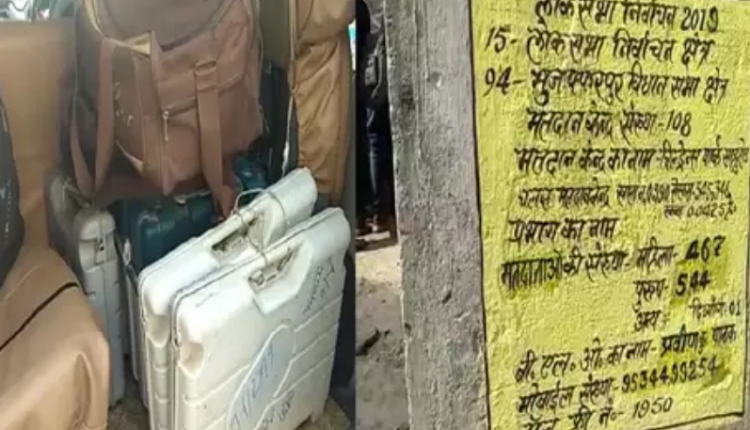 The EVMs which were recovered from a hotel in Muzaffarpur IMAGE COURTESY:HINDI.NEWS18.COM
163
Share

An average 57.86 percent voters cast their in the fifth phase of polling held in five Lok Sabha constituencies of Bihar on Monday.

Election Commission officials said a maximum of 61.30 percent polling was recorded in Muzaffarpur, followed by 58 percent in Saran, 57.72 percent in Hajipur, 56.90 in Sitamarhi and 55.50 in Madhubani. All these LS seats are currently held by the NDA.

All these seats are currently held by the NDA and hence it is a big challenge for the ruling alliance to retain those seats.

The polling passed off peacefully barring stray incidents of violence. One such incident was reported from a polling booth under Saran constituency where a youth smashed an EVM. He was son arrested by the police.

At another both in Saran, the rival supporters of the RJD and the BJP clashed and damaged a vehicle while in Muzaffarpur, the police recovered six EVMs from a hotel following angry protests by voters.

Local issues have continued dominating the poll scenes in Bihar although the BJP has tried hard to fight elections over the issue of nationalism and national security.

Majority of youths and villagers said the unemployment, hunger and farm distress very much remain the main poll issues for them though national security is also important for them.