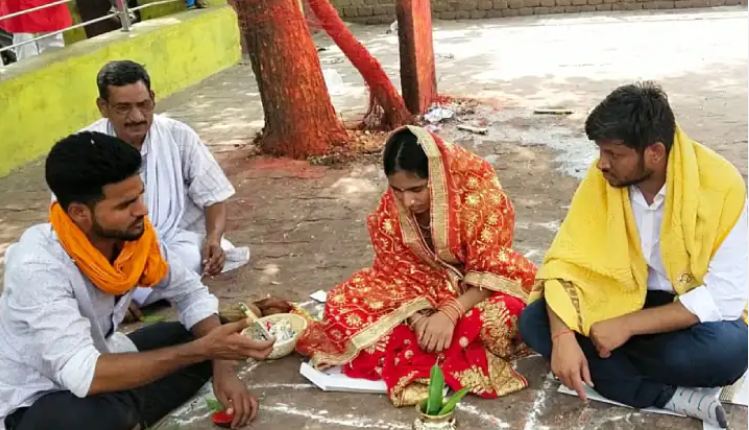 PATNA—A youth married his girlfriend at a local temple in Bihar in an open defiance of his father who had fixed his marriage with another girl with a dowry demand of Rs20 lakh.

Vijay Prasad Yadav, a resident of Sirdala police station area in Nawada district, wanted his engineer son Pramod Kumar to marry another girl and had even fixed his marriage after girl’s father agreed to meet his dowry demand of Rs20 lakh.

No question of RJD accepting Nitish as…

But Pramod wished to marry his girlfriend Sangeeta Kumari. As the news of his marriage reached his girlfriend, she rushed to the local police station and reported the matter to the police.

Acting swiftly on her complaint, the police called the local sarpanch who convinced both sides to agree for marriage.

Eventually, the wedding of Pramod was solemnized with his girlfriend at a local temple on Saturday in the presence of the sarpanch and local villagers.