End of the road for Modi’s ‘Hanuman’? Political future at stake, Chirag Paswan weighs his options 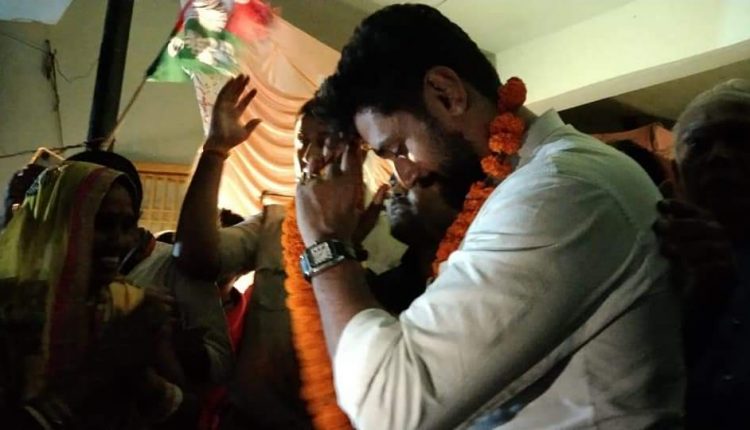 PATNA—Beleaguered and betrayed by his uncle Pashupati Kumar Paras, Chirag Paswan is weighing his options carefully before making a decision about his political future which is clearly at stake.

Chirag, who referred to himself as PM Narendra Modi’s ‘Hanuman’, was deserted by none other than his ‘Ram’ when Paras was included in the Union Cabinet. Chirag, who had been waiting for a call from the BJP and Narendra Modi, did not get what he expected despite waging a war against Nitish Kumar in Bihar while endorsing PM Modi’s leadership.

The way ahead is not going to be easy for Chirag as he was recently snubbed by Delhi High Court when it dismissed his plea challenging Lok Sabha Speaker Om Birla’s decision to recognise his uncle Pashupati Kumar Paras as the leader of the Lok Janshakti Party (LJP) in the House.

Chirag is likely to challenge the verdict. Now, the battle to claim the ownership of the LJP is likely to go to the court and Chirag will have to wait while Paras enjoys the perks of rebellion as a minister of Food Processing Industries.

Paras is also preparing for a major overhaul of the organisation. He has plans to nominate new leaders as presidents across districts and states. Paras may also opt to revamp the party’s national executive council which has many leaders loyal to Chirag Paswan.

Once new faces are in, Chirag may find it hard to garner support from within the party. It will be important to see whether the faction led by Chirag stays loyal to him in the coming days or not.

While Chirag has maintained that Nitish Kumar’s JD(U) is behind the factionalism within the party his father founded, Opposition RJD has already sent feelers to him. Chirag, however, is yet to take a call on his future move.

Recently, RJD national general secretary Shyam Rajak met Chirag Paswan in Bihar. Though he termed it a personal visit, reports claimed that Chirag also talked to Lalu Prasad Yadav over the phone for about 15 minutes following which the RJD supremo discussed the issue with his son Tejashwi Yadav, who happens to be the Leader of Opposition in the Bihar assembly.

After the meeting, Rajak said that all those who want to take forward the ideology of Lohia and Ambedkar are welcome to join hands with the RJD.

While a new alliance may be on the cards in Bihar, the most important and immediate challenge in front of Chirag is the decision related to his party LJP. If Chirag fails to reclaim the ownership, it will be interesting to see whether he joins any other party as a member or floats a new political outfit.

65-year-old comes for interview, told to go back home

COVID-19 left disastrous impacts on health, nutrition and education of women in India