Eight killed as vehicles plough through the crowd 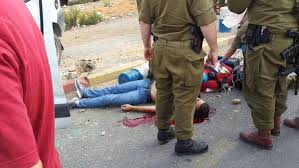 PATNA: As many as eight people were killed in two separate incidents in Bihar in the past 24 hours when speeding vehicles ploughed through the crowd of villagers.

In a latest incident, three people were killed and 10 others were injured when a pick-up van veered into a marriage venue after the driver lost control of the vehicle. The incident took place at Ranigaon village in Begusarai district last night.

Police said a group of villagers had joined a wedding celebration taking place along the national highway when the vehicle suddenly rammed into the function venue, killing three guests on the spot.

Another incident took place in Purnia district where a speeding Scorpio rammed into the crowd of labourers, killing five of them.

The victims were taking rest under the tree during the day hours when the vehicle lost control and ploughed through the crowd.

NHRC notice to Chennai Collector over recovery of drug-laced toffees