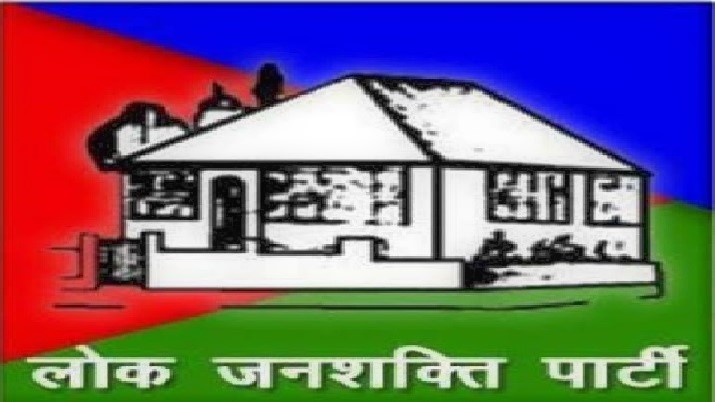 As per the EC order, neither of two groups of Chirag Paswan or Pashupati Kumar Paras will be allowed to use the “bungalow” symbol.

Both the groups have been fighting to stake claim over the name and the party symbols for the past over four months.

In June, the LJP split after five out of its six MP’s revolted against Chirag Paswan’s leadership and swore allegiance to Paras-led faction. Subsequently, the rival groups got indulged in a bitter legal battle and claimed right to use party’s name and symbol.

Currently, the nomination process for the by-polls to two assembly seats which fell vacant after death of the leaders is underway.

The by-elections for Munger’s Tarapur and Darbhanga’s Kusheshwar Asthan are scheduled for October 20. The results will be announced on November 2.

On Tuesday, Chirag Paswan wrote to EC claiming right to use party’s “bungalow” symbol. He stated that Union minister Paras’ claims of being elected as the party president are “false” and should be “rejected”.

On September 23, Chirag Paswan-led faction, in another letter to EC, stated that that the rival group led by Paras does not fulfill the requirement of Rule 15 of the Election Symbol (Reservation and Allotment) Order, 1968.

Meanwhile, the NDA on Friday announced the names of candidates ahead of by-polls. Rajiv Kumar Singh and Shashi Bhushan Hazari, both from JDU would contest the election from Tarapur and Kusheshwar Asthan seats this month.

However, the Grand Alliance is yet to reach at an agreement with to allies, the Congress and the RJD, staking claim over Kusheshwar Asthan and Tarapur seats.

Irritated at his cries, man kills child by feeding pesticide