Deaths due to liquor ban in Bihar: Did chief minister Nitish Kumar really have good intentions or he acted in haste? 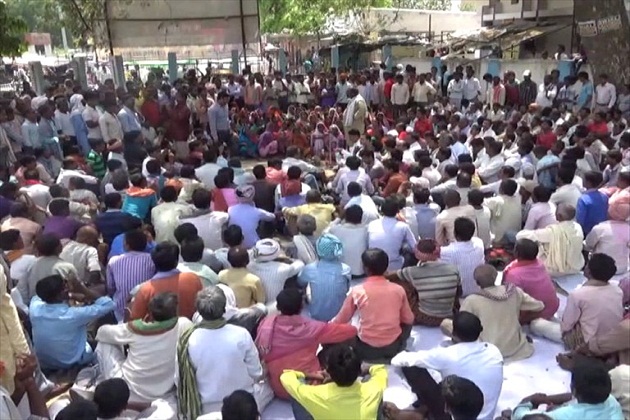 PATNA: Bihar chief minister Nitish Kumar might have the good intentions to “correct” Bihar when he imposed a total prohibition in the state earlier this week—much earlier than his own plan, but his move is now slowly proving disastrous for a vast section of people who turned addicts with alcohols literally flowing across the state in the past one decade.

First, the Nitish Kumar government allowed the unrestricted sale of liquor across the state in its bid to fill up its empty coffer as is evident from a sudden jump in state revenue, from Rs 320 crore (Rs 3.20 billion) in 2006-06 when it came to power in Bihar to Rs 3,665 crore (Rs 36.65 billion) in 2014-15 but all of a sudden, it imposed a total ban on manufacture, sale and consumption of all kinds of liquor in the state without allowing the alcoholics to change their habits.

The state government’s volte-face is now slowly proving deadlier for this class with reports of deaths coming from various parts of the state owing to complete ban on liquor. The local media today reported that at least four people met a horrible end out of extreme shocks of no liquor available in the land where it was available in abundance—much more than flow of potable power—barely a week back.

The first death was reported from Samstipur district where a chronic alcoholic identified as Dular Chandra Mukhia met his horrible end looking for few drops of liquor. According to victim family, he would start drinking right since morning. So when a total prohibition was imposed, he turned to toddy but when the government even banned toddy, he turned restless. For two days, he somehow survived gulping a few glass of toddy but when it too went out of market, his condition suddenly deteriorated on Thursday. The family members were planning to admit him to the hospital when he died.

In another incident, a police officer identified as Raghunandan Besara died for want of liquor. The victim, an addict, had fallen sick after the government banned sale of liquor. Subsequently, he was admitted to a de-addiction centre in east Champaran but he died finally.

Another policeman identified as Raj Kishore Sharma died for want of liquor in Rohtas district. Reports said the victim purchased liquor bottles after selling ornaments of his wife when the government imposed total ban on its sale but when this stock ended, he finally committed suicide by consuming poisonous substance, unable to bear the separation from alcohol.

There is also report of another villager Birbal Paswan ending his life for want of liquor in Begusarai district. According to victim’s wife Kavita Devi, the victim had been drinking country-made liquor for over a decade but when it went out of market after the ban, he eventually died yesterday. “He went on repeatedly asking for few drops of liquor till his voice stopped,” she told the local media.

Many say the government acted in haste or with over-enthusiasm by imposing the total prohibition, and observed the alcoholics should have given time to “correct” them but all of s sudden, it imposed a total ban on its sale.

“That’s an inhumane act,” they felt adding better the government should have allowed restricted supply of alcohol for some time before banning it completely in the next phase. That would have given the alcoholics the opportunity to correct themselves and adjust to the new situation.

But here in this case, the government acted too fast. “It’s like allowing a patient to die without providing him any medical treatment,” commented a city resident.

There is another section of people who hold the opinion that the chief minister simply went by the vote-bank considerations. According to them, women had played a key role in return of Kumar to power, and hence he wanted to gain their full support with the liquor ban with his eye on the next general elections now that he is planning to present himself as the main challenger to Prime Minister Narendra Modi.

“Although the general elections are away, he (Nitish Kumar) wants to cash in on the issue in the upcoming assembly elections in Uttar Pradesh where the JD-U wants to test its capability with the support of regional partner,” commented an expert.