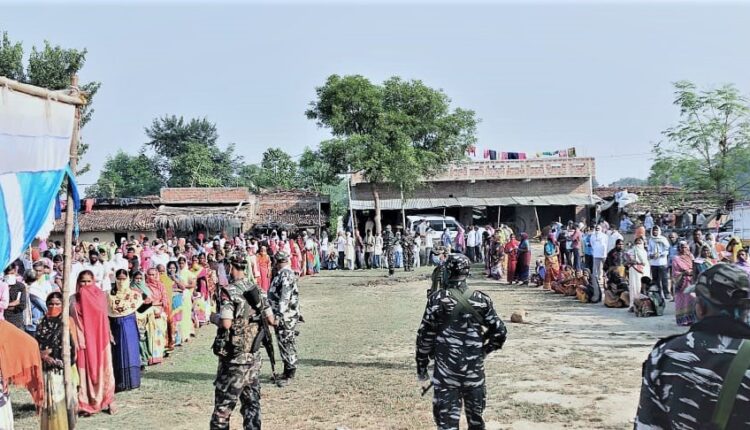 PATNA—Politicians in Bihar have turned to an interesting idea to cut the political fortunes of their rivals in the fray for elections to 24 legislative council seats from the local bodies’ constituencies to be held tomorrow. They have fielded a fairly good number of dummy candidates with similar names in a bid to “mislead” the voters and split the votes.

According to reports, a total of 187 candidates are in the fray for 24 seats spread over various parts of the state. Of them, quite good number of candidates trying their luck in the elections is named Ajay. The number of such candidates is eight. Similarly, there are six candidates named Ashok and Sanjay whereas five candidates carry the same name of Rajesh and Dileep.

In Sitamahi, there are two candidates named Rekha Kumari while two candidates with the same name Kundan Kumar are trying their luck in Katihar. This is likely to impact the poll prospects of potential candidates given the small number voters in this poll.

Yet another important thing concerning this election is that ballot papers only carry the name, photographs the candidates and the parties they are associated with but not the election symbols. This may indeed prove tricky for the illiterate voters who may find it difficult to identify the “real” candidate they want to cast their votes.

The electorate in legislative council seats from the local bodies’ constituencies comprises elected representatives of urban local bodies, panchayati raj institutions, state legislators and the parliamentarians. Again, majority of the electorates comes from the rural areas where the literacy rate remains far from satisfactory.

Coming close on the heels of the October/November 2020 Bihar assembly polls, the elections to 24 legislative council seats assume much political importance. An impressive performance of the ruling NDA will tighten its further grip on the state politics while their dismal performance will give opportunity to the main opposition Rashtriya Janata Dal to launch attacks on them.

Especially the prestige of the JD-U headed by chief minister Nitish Kumar remains very much on stake given his party’s disastrous performance in the last assembly polls where the JD-U was relegated to the distant third slot as it was able to win only 43 seats in 243-member Bihar assembly.

Another such performance in this poll will increase further pressure on Kumar to make way for his ally. Of the 24 seats, the BJP is contesting on 12 seats and JD-U on 11 while one seat has gone to Rashtriya Lok Janshakti Party headed by union minister Pashupati Kumar Paras, younger brother of late Ram Vilas Paswan.

The situation in opposition camp remains equally intriguing. The RJD after refusing any alliance with the Congress has fielded its candidates on 23 seats while it has spared one seat for the CPI. Left alone in the polls, the Congress has fielded candidates from 17 seats but majority are lightweights and it will be a sheer miracle if anyone manages to win elections. Anyway, the elections have become important for both sides.