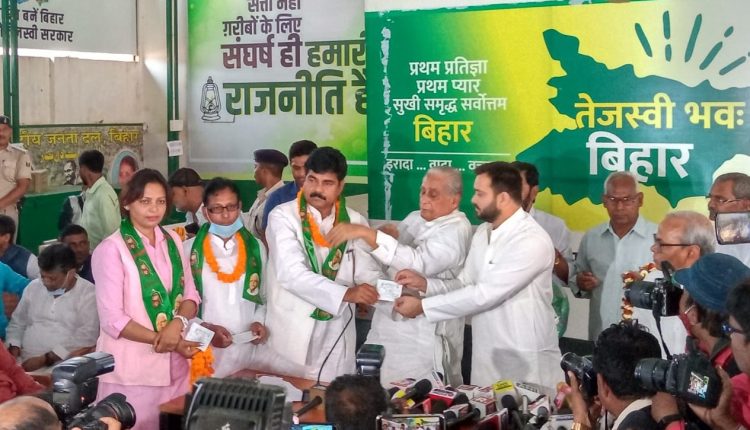 The development is being viewed as a major setback to RLSP chief Upendra Kushwaha ahead of his party’s proposed merger with the ruling Janata Dal United (JD-U) in the state.

All these leaders joined the RJD in the presence of Bihar opposition leader and RJD legislator Tejashwi Yadav and state party president Jagadanand Singh.

“In a away, the entire RLSP has virtually merged with the RJD. Now, only Upendra Kushwaha has been left in the RLSP,” said RJD leader Tejashwi Yadav.

Tejashwi said Nitish Kumar has stooped so low that he is welcoming into his party persons like Upendra Kushwaha whom he had once called ‘nich’ (despicable).

Tejashwi said Kushwaha used to say earlier that if there is a friend like Nitish Kumar, then there is no need for an enemy. “Now perhaps Kushwahaji has forgotten these things,” Tejashwi observed.

Birendra Kushwaha who joined the RJD said, “The RLSP was created to remove Nitish Kumar from power. With this resolve, all of us went to every village and took resolution to this effect but today Upendra Kushwaha has forgot these resolutions to go with Nitish Kumar.”