Don’t confuse, this glass bridge is being constructed in Bihar’s Rajgir town 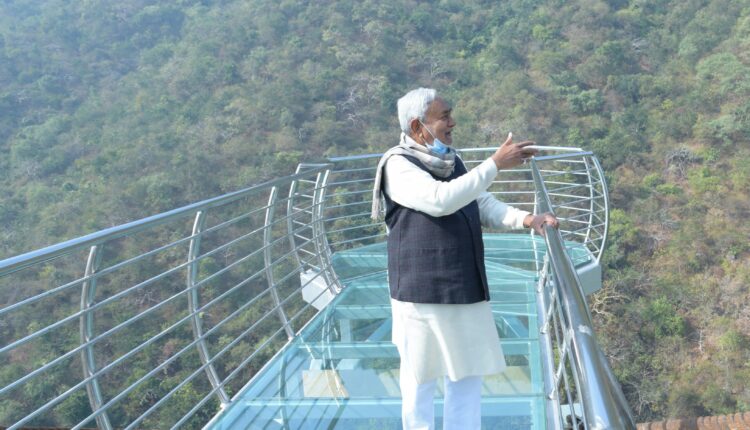 “The project is being completed in a very better way. I have asked the officials to also take helps from protective experts to maintain proper security, safety and protection of this bridge,” the chief minister told the media on Saturday.

He said the Nature Safari being developed in  an areas of 500 acres was being built in such a way that the people could enjoy everything after visiting there.

200-feet high, 85-feet-long and six-wide wide glass bridge is likely to be opened for visitors early next years.

Around 40 visitors could be allowed at a time at this bridge which is the first of its kind in Bihar.

Reports said the bridge is being constructed on the lines of such glass bridge in China’s Hangzhou province.

Ganga comes closer to ‘village of vegetarians’ in south Bihar

Man allegedly killed by wife barely a week after wedding