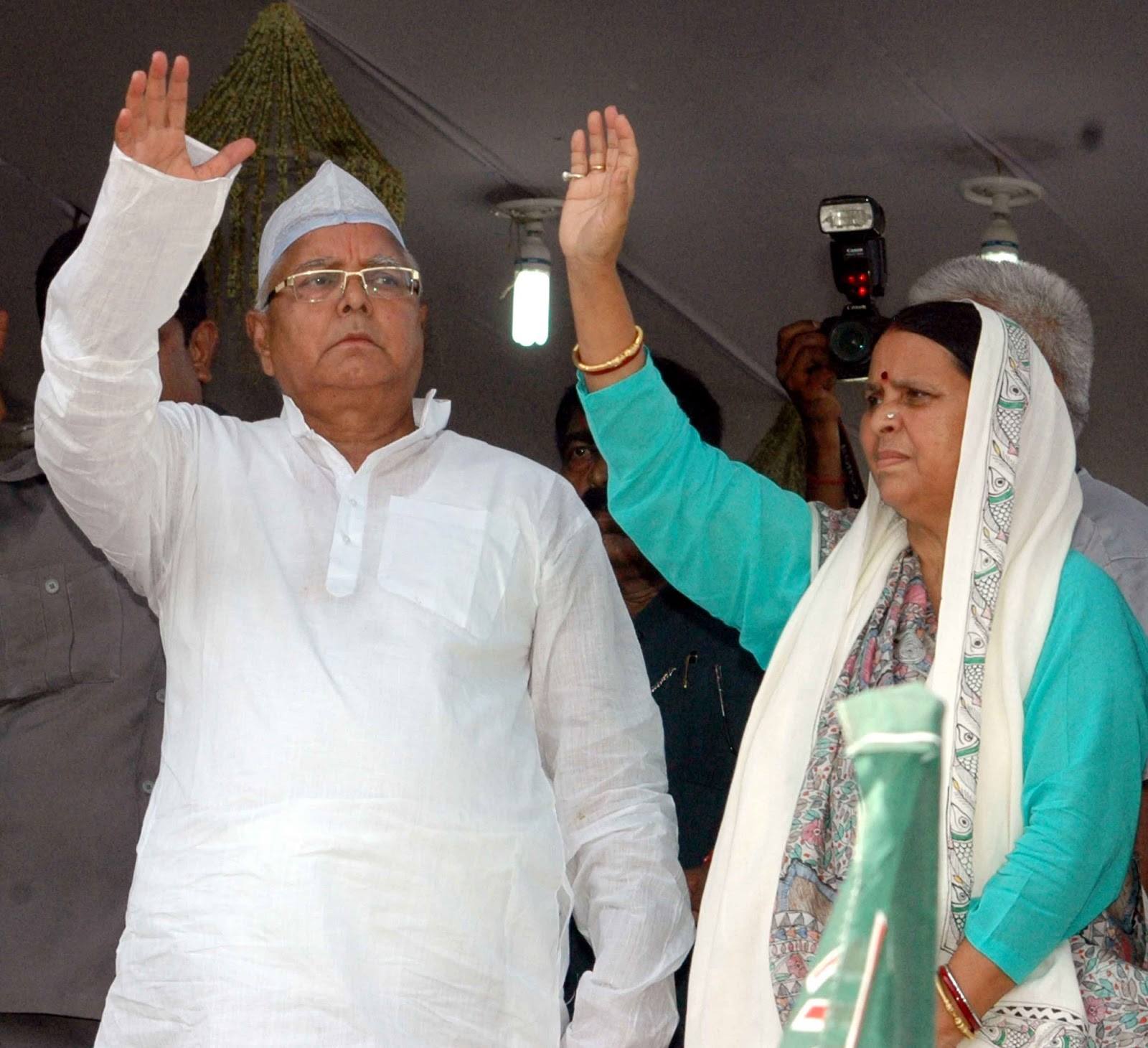 PATNA: After questioning Rashtriya Janata Dal (RJD) president Lalu Prasad and his son Tejashwi Yadav, the Enforcement Directorate (ED) has now summoned his wife Rabri Dvi to question her in the land-for-railway hotel scam, very much robbing the joy in the family ahead of the Hindu festival of Diwali.

Only on Wednesday, the ED had grilled Tejashwi for nine hours in connection with money laundering probe into the railway hotel scam. As per informed sources, the agency asked some 40 questions from Tejashwi but he answered most of the question in the negative.

This comes shortly after the Central Bureau of Investigation (CBI) quizzed him in the same case on October 6. Tejashwi was the deputy chief minister in the erstwhile Grand Alliance government headed by chief minister Nitish Kumar who later returned to the BJP camp to form new government with the saffron forces.

The fresh cases of corruption came to haunt the family shortly after the CBI registered a case against them in July last and also conducted a raid at their residence in Patna for extending alleged favours to a private party in award of contract for maintenance of railway hotels by the RJD president. The alleged deal had taken place while Prasad served as the federal railway minister in the previous United Progressive Alliance government.

The CBI FIR alleges that Prasad, as railway minister, handed over the maintenance of two IRCTC hotels to a company after receiving a bribe in the form of prime land in Patna through a ‘benami’ company owned by Sarla Gupta.

The FIR was registered on July 5 in connection with favours allegedly extended to Sujata Hotels in awarding a contract for the upkeep of the hotels in Ranchi and Puri and receiving premium land as ‘quid pro quo’.

However, the RJD chief Prasad has accused the Narendra Modi government of adopting double standard in matter of acting against the corruption.

“The assets of (BJP president) Amit Shah registered 300 percent growth in the past five years while his son’s property grew by 16,000 percent in the last three years. Had this been the case with the opposition leaders, the Narendra Modi government would have hurriedly ordered a probe,” asked Prasad.

His party spokesman launched even more stinging attack on the BJP for the alleged corruption. “The speech with which Amit Shah’s son property grew up is not being maintained by even bullet trains!” mocked RJD spokesperson Shakti Singh Yadav.