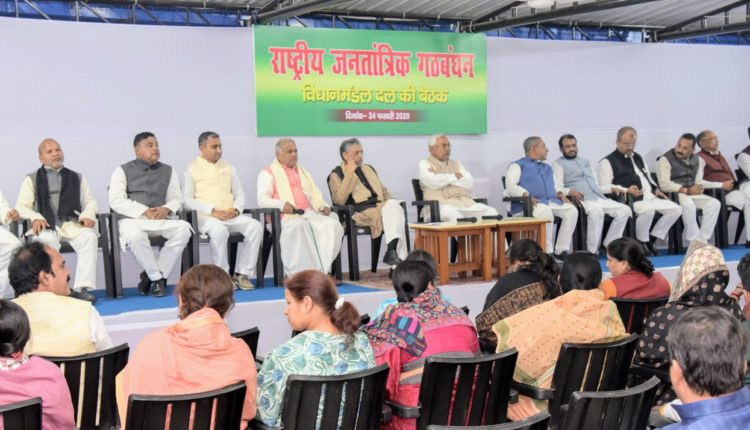 PATNA—The prevailing distrust and bitterness between the two Bihar NDA partners, the JD-U and the BJP, are growing by the day.

On Tuesday, it was the turn of state JD-U president Vashishtha Narayan Singh to launch attacks on the BJP over the Arunchal incident in which six of the seven JD-U legislators were inducted by the saffron party.

“Ye jakhm bahut gahara hai (the incident has left a deep wounds to us),” Vashishtha Narayan Singh told the media on Tuesday, indicating all was not well with the alliance partners.

“We fail to understand why the BJP did that although we were supporting them. The BJP will have to see such incidents don’t get repeated in future,” state JD-U president cautioned.

“Peeth me chhura ghopane wale bardast nahin kiye jayenge (Those who stabbed in the back won’t be spared),” warned RCP Singh, according to the media reports.

JD-U gets new state president after…