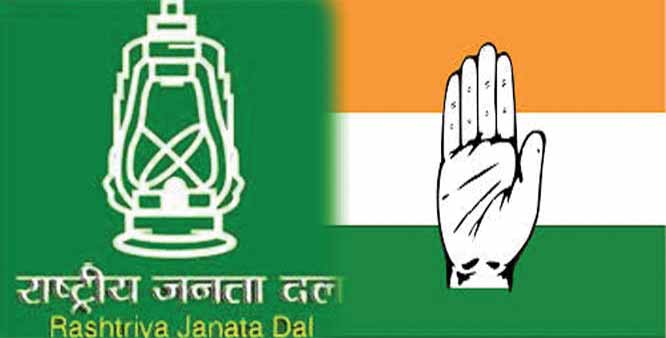 PATNA—Differences have cropped up between two key Bihar Grand Alliance partners—the Rashtriya Janata Dal (RJD) and the Congress—with the former announcing its plan to forge an alliance with the ruling Trinamool Congress (TMC) in view of the upcoming assembly elections in West Bengal.

This means the TMC-RJD combine, if the alliance became a reality, will be pitted against the Congress which is contesting elections in alliance with the Left.

Sources said a delegation of the RJD leaders headed by former minister Abdul Bari Siddiqui is soon to leave for Kolkata to hold talks with the TMC leadership over the alliance deal.

Although it is not sure if the alliance will become a reality, the RJD leadership is trying hard to forge an alliance with the TMC on the ground of preventing split in the secular votes.

RJD leaders say their objective is to counter AIMIM chief Asaduddin Owaisi’s move to split the secular votes and ensure victory of the BJP as it did in recently-held Bihar assembly elections.

During the Bihar elections, the AIMIM fielded candidates on 24 seats, all in the minority-dominated Seemanchal region which hugely split the Muslim votes, leading to return of the NDA government in the state. The RJD leaders said the AIMIM is trying to do similar things in WB polls.

“The RJD will do everything to stop the communal forces surging its head. We will be meeting the TMC chief on 1 or 2 February to discuss the alliance deal,” RJD’s national general secretary Shyam Rajak said.

But, the Congress leaders are not amused at the RJD’s move to join the TMC camp against the Congress-Left combine in the polls.

The Congress leaders said the RJD move would only weaken the Grand Alliance unity in Bihar and suggested its state partner to rather help ensure the victory of the Congress-Left alliance. Congress’s Bihar in-charge Bhakta Charan Das, however, said every party was free to look for political future.

The Congress has been the old and trusted partner of the RJD for the past 25 years in Bihar. Except for a few occasions, both the partners have fought the elections to the state assembly and Lok Sabha together.

In the just-held assembly elections too, both fought the polls together although the Congress’ performance was far from satisfactory. The Congress was able to win only 19 seats despite contesting on 70 seats.

The poor performance ultimately stopped the Grand Alliance coming to power as the opposition alliance stopped only 10 seats short of forming the next government in Bihar.