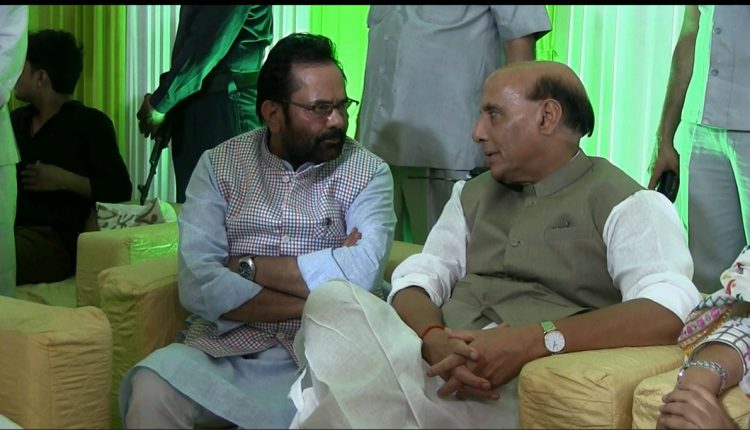 If Union Minister for Minority Affairs Mukhtar Abbas Naqvi is to be believed, roughly about 25 to 30 per cent Muslims voted for Prime Minister Narendra Modi’s party during the just-held Lok Sabha polls.

“I can say with confidence that 25 to 30 per cent Muslims voted for PM Modi this time,” Union minister Mukhtar Abbas Naqvi told India TV’s popular show ‘Aap Ki Adalat’. His entire interview will be telecast tonight.

He claimed the mindset of the Muslim community has undergone a change now.

“This time, the Muslims cast their votes on merit of the candidates, and not to defeat any party,” Naqvi claimed adding the PM implemented all development schemes without showing any discrimination on caste or communal lines.

“We never said we won the elections without the support of Muslims,” Naqvi told ‘Aaap ki Adalat’ hosted by Rajat Sharma.

The minister said no big communal riots took place during the first five-year tenure of Prime Minister Modi while the budget for minority class has increased double-fold. He said the Muslims have no reasons to fear.

When cops got tired of counting huge cash recovered from corrupt Bihar engineer!