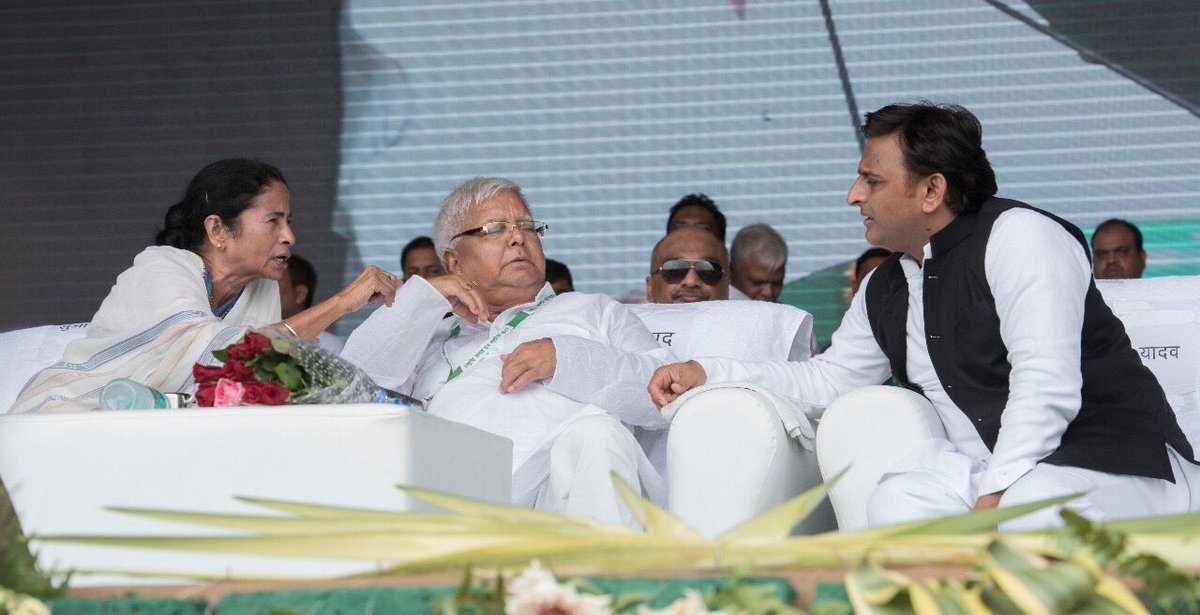 The adversaries may dismiss it as a “flop show” but given the huge turnouts at the rally, the dedication of the crowd which remained seated at the ground for over six hours to hear the leaders and the number of opposition parties attending the first such rally outside Delhi, this could indeed be a matter of concern for the BJP-led NDA government at the centre.

The rally nicknamed “BJP Bhaago, Desh Bachao” (Dethrone BJP to save the country) was organized by the RJD at Patna’s Gandhi Maidan. A huge crowd turned up at the rally which was never witnessed in recent past.

In what is being described as a big unity move among the scattered opposition, as many as 18 parties came together on a single platform. This was very first time that so many opposition parties had shared one platform outside the national capital of Delhi. 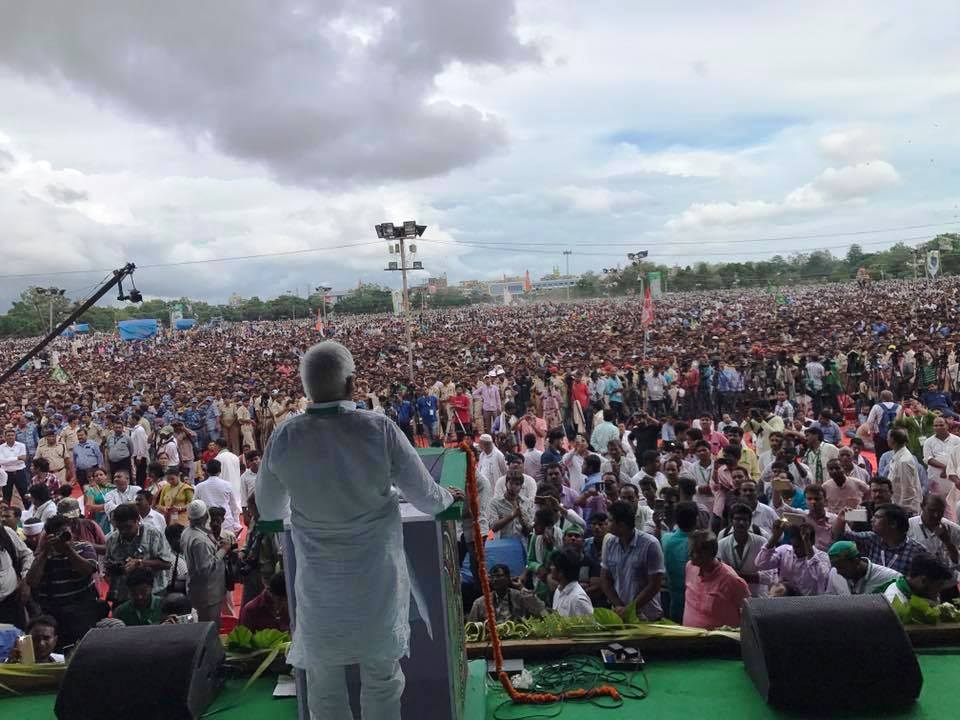 Although prominent leaders such as Congress chief Sonia Gandhi and her son vice-president Rahul Gandhi didn’t make it to the rally, they sent two of her senior leaders, Ghulam Nabi Azad and Dr CP Joshi to represent her. Both of them also sent their video messages which were played out on the stage.

All the leaders in their speeches described BJP as a “severe threat” to India’s freedom and democracy and vowed to work together to throw it out in the next Lok Sabha polls due in 2019.

The entire campaign took a new turn when Prasad’s son Yadav, a health minister in previous Grand Alliance government in Bihar, blew a conch shells on the stage to announce declaration of a war on BJP in general and Bihar chief minister Nitish Kumar in particular. He blew the shell thrice.

“I will not take rest until I overthrow the BJP government at the centre,” he declared, tying a scarf around his head as the crowd cheered.

His father and RJD chief Prasad in his speech tore into the BJP and its policy, and declared to better sacrifice his life than surrendering before the BJP. “I will love better getting hanged than making any compromise with the BJP,” he declared. He also expressed shock over the way chief minister Nitish Kumar fell into BJP’s trap and now his career had reached its end. 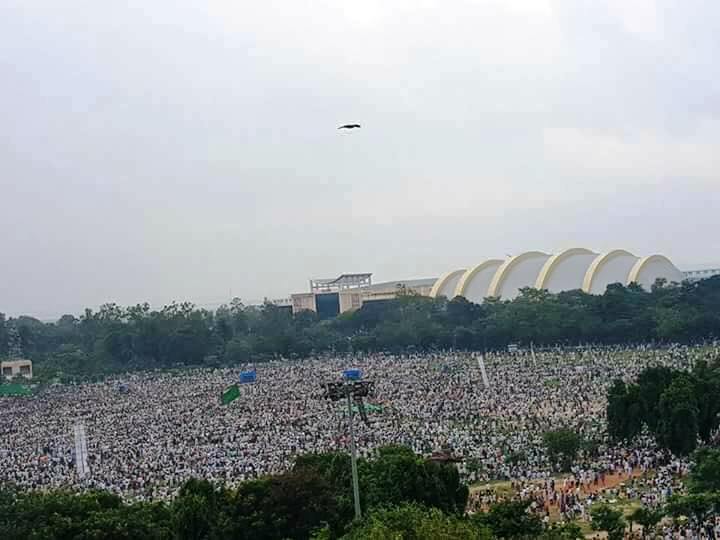 Kumar, he reminded the crowd, said had once said he would prefer to be reduced to ashes rather than go with the BJP. “Sadly, this man has sat into the lap of the BJP and he is now feeling the pinch too. He eagerly waited for Prime Minister Narendra Modi to join the lunch with him but the latter rejected his lunch offer. Modi has avenged his seven-year-old humiliation at his (Kumar’s) hand,” Prasad said. Kumar had cancelled the dinner he had hosted it in honour of the BJP leaders in June 2010.

West Bengal chief minister Mamata Banejee launched even more scathing attack on Modi saying the latter got people’s votes promising to bring “good days” but that still eludes even after three years of BJP rule. The problem with the BJP, she said, is that they think only the BJP people are good while the rest are “corrupt”.

She predicted the fall of the BJP government after next elections. “If ‘nasbandi’ (forced vasectomy operations) can topple the Indira Gandhi government, then ‘notebandi’ (demonetization) will indeed led to the ouster of the Narendra Modi government,” she forecast.

Congress leader Ghulam Nabi Azad said he attended many such meetings of the opposition in the past but did not saw such a god number of opposition leaders joining a big rally outside Delhi which he said was unimaginable. He explained how the masses frequently felt cheated at the hands of the BJP. “The 110 million people of Bihar felt cheated only recently but the masses across the country have been experiencing it for the past three years,” he said.

Former Uttar Pradesh chief minister Akhilesh Yadav criticized the BJP government for taking the people for a ride through various slogans. “Earlier they (BJP) promised to bring ‘good days. Now they have promised to create ‘New India’. Just tell us what’s the difference between them two?” he asked.

The rebel Janata Dal United (JD-U) parliamentarian Sharad Yadav too joined the RJD rally despite repeated warnings from his party. In his speech, Yadav took a dig at the BJP for forcing the country into violence and creating an atmosphere of fear. “While the debt-ridden farmers are committing suicide, the others are being killed in the name of preventing cow slaughter,” he rued. He vowed to form a Grand Alliance at the national level to stop the BJP returning to power.

Laluji, why did you photoshop the image when crowd was already available for you?