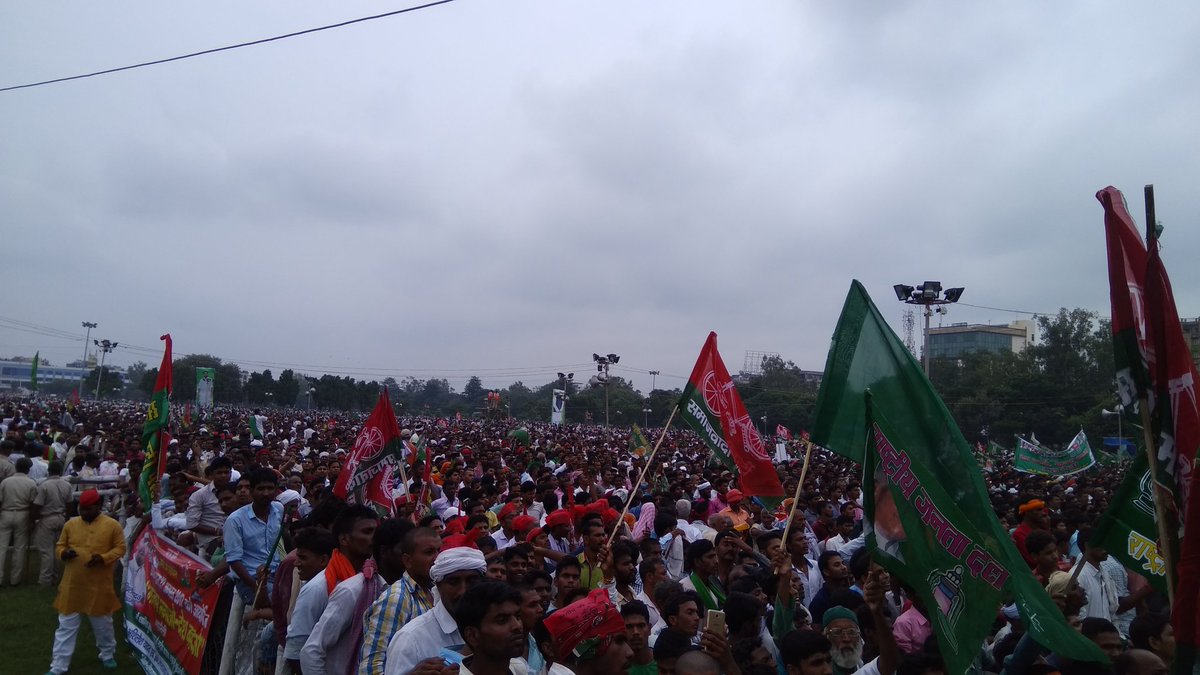 PATNA: In another setback to RJD chief Lalu Prasad, the Income Tax Department has served notice on his party over the recent rally in Gandhi Maidan.

The party has been asked to give details of the expenditures incurred on arranging its much-publicised “BJP Bhagao, Desh Bachao” rally at Patna’s Gandhi Maidan on Sunday (August 27).

As per media reports, the party chief has also been asked to explain as to who bore the expenditure of leaders who stayed in hotels.

A galaxy of leaders from as many as 18 parties had attended the RJD rally which was attended by huge crowd.

A huge crowd of RJD workers and supporters had attended the RJD rally despite half of the state facing severe floods, thus boosting the morale of the party president Lalu Prasad.

At the rally, the speakers primarily targeted two persons—Prime Minister Narendra Modi for “increasing incidents of intolerance in the society and launching anti-people policies such as demonetization” and Bihar chief minister Nitish Kumar for “betraying the people’s mandate”.

Bihar floods: Was it Nitish Kumar who had demanded ‘dismantling’ of Farakka barrage?