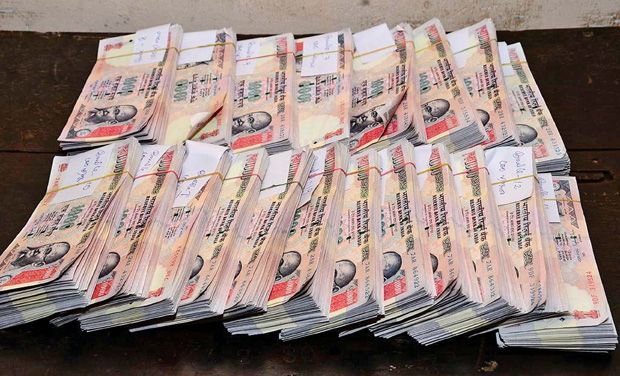 PATNA: Banks, ATMs and Post Offices  may be short of cash post demonetization drive launched by the Narendra Modi government at the Centre but ironically it’s literally raining cash across India.

On Thursday night, the CISF personnel seized Rs 1.2 crore (Rs 12 million) in banned currency of Rs 500 denomination from a Thai national at the Patna airport.

Acting on a tip off that a foreign national travelling by an Indigo flight was carrying huge cash in his bags, the CISF officials detained Suwachai Parithan when the flight landed at the Patna airport last night and seized his bags stuffed with banned hard Indian currency notes.

The confiscated notes were later handed over to the Income tax officials, authorities said.

Reports quoting officials said the detained passenger claimed the seized money was collected as donation and belonged to a Buddhists organization.

“We have detained the Thai national and his interrogation is on,” CISF commandant Dharmvir Yadav was quoted as saying in a local media on Friday.

In another such incident, Rs 6 crores (Rs 60 million) in cash—including Rs 5 crore in the newly introduced notes—were recovered from two persons during raids conducted in Bengaluru on Thursday, as per media reports.

The men from whom huge cash were recovered are reported to be senior bureaucrats.

According to reports, a probe has been launched to find out how these men got hold of so many new notes. Besides cash, more than five kilos of gold and six kilos of jewellery were also found.

On November 17, cash around Rs 73 lakh (Rs 7.3 million) was seized from two cars in Nasik district of Maharashtra. As per media reports, cash belonged to a BJP minister.

Further on November 20, the police seized Rs 93 lakh (Rs 9.3 million) unaccounted cash during raids at different places in Jharkhand. Of them, Rs 45 lakh alone was seized from the house of a postal department clerk Vinay Kumar Singh posted in Dumka Post Office, as per reports in the local media.

Again on November 22, Rs 3.5 crore (Rs 35 million) in now defunct denominations of Rs 1000 and Rs 500 was seized from Dimapur airport in Nagaland district but the seized cash vanished very soon, according to media reports.

“We are probing how the seized cash vanished,” Dimapur police commissioner Liremo Lotha was quoted as saying in a local newspaper.

One in three people suffers malnutrition at global cost of $3.5 trillion a year: UN