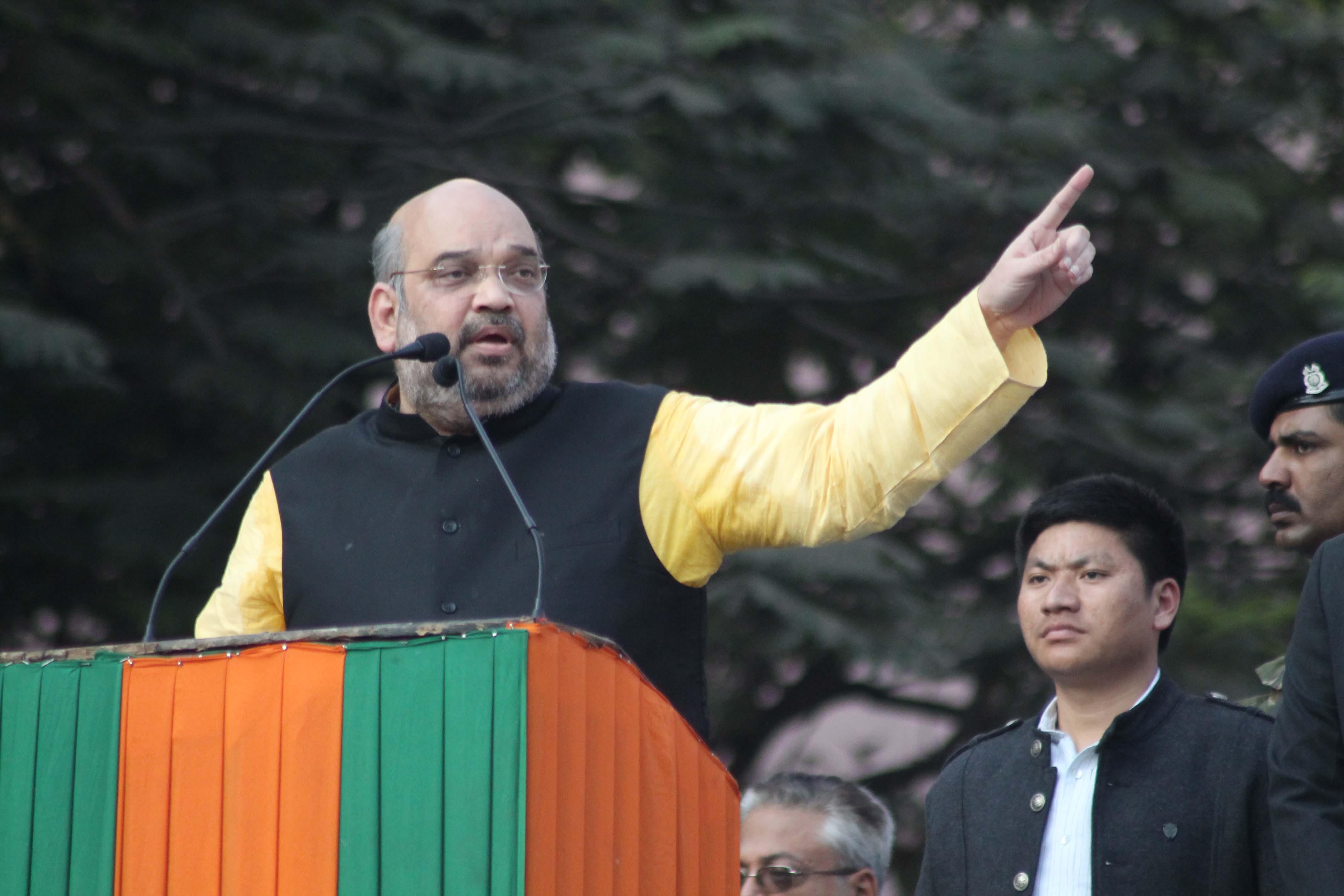 New Delhi: BJP chief Amit Shah held a press conference at the party’s headquarter in Delhi on Friday where he congratulated the nation for supporting the government’s move to curb black money through demonetisation of rupees 500 and rupees 1000 notes.

Shah wondered aloud why the opposition is upset over the government’s move and asked are they in favour of black money.

He said that the government has protected the interests of small traders, farmers and housewives and they have nothing to worry. He added that the demonetisation is a big blow to terror funds.

Hitting out at the opposition, Shah said that Delhi chief minister Kejriwal must make his stand on black money clear while West Bengal chief minister can only explain how the central government’s move is anti-poor.

When asked about why ATMs are not functioning to the desired extent, Shah said the new currency notes are different from the banned ones in size and shape and ATMs are being readied to dispense the new notes.

Shah requested everyone to bear with the initial inconvenience.