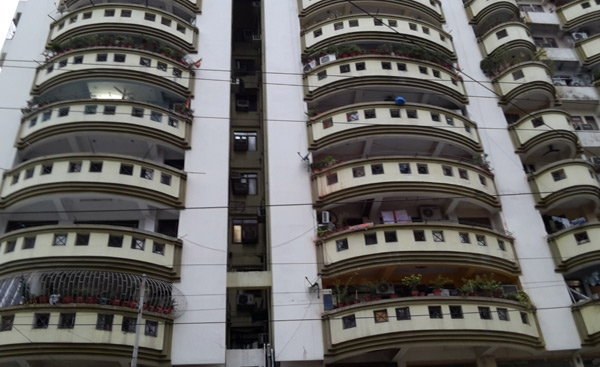 PATNA: The demolition of the top three floors of the Santosha Apartment located in the Bandar Bagicha locality of the state capital began today amid heavy security arrangements.

A total of 21 illegally-constructed flats are to be demolished as per the directive of the Supreme Court.

Last week, the flat owners of the building had forcibly stopped the Patna Municipal Corporation authorizes from carrying out their demolition works by locking the main gate of the building. They said they will not allow its demotion until compensation is paid.

The residents had been living there for the past over over 18 years.

But the Supreme Court refused to give any reprieve to the flat owners and ordered them to vacate the flats within a week. It was in the light of the SC order that the demolition works formally began today.

Television grabs showed dozens of labourers armed with heavy hammers and other such instruments pounding the partition walls of the flats and breaking them on the ground.

Authorities said the demolition works would be carried out in two phases. In the first phase, only the partition walls will be removed while in next phase, the beams, pillars and balconies were destroyed.

The court had ordered their demolition observing there had been enormous deviations of the sanctioned plan in constructing the structure.