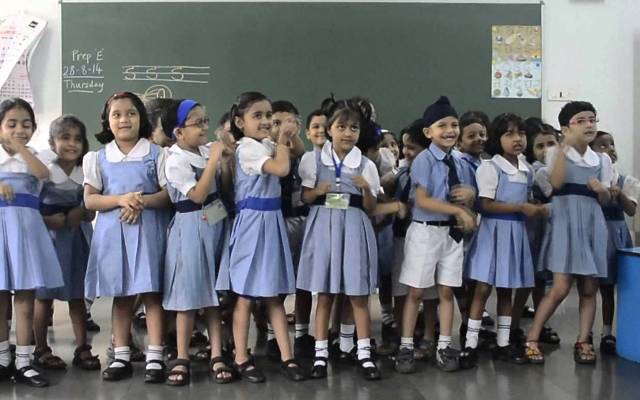 NEW DELHI: Amid the study pressures claiming quite many lives of students every year, the initiative of the Delhi government to fill happiness in the life of children has drawn applause from various quarters.

The Delhi government has embarked on a unique mission of imparting lessons to children in order to make them happy.

Under part of the initiative, a curriculum has been developed for students enrolled in government schools from Nursery to Class VIII.

The methodology involves telling fairy tales to the children, giving them joyful exercises and allowing them to take part in indoor games, in addition to other such things to keep them cool.

“Education is not about just forcing the students to get good marks in the exam but it is also meant to create an environment where they could remain happy. Hence this new curriculum,” said an official who drafted the plan.

Experts say a child personifies simplicity but with every aspect of living becoming adult-centric, children are not getting the due attention.

“They are not complex beings. It is we adults who treat children in a way which disturbs their simplicity,” explained Simrita Chaudhuri, a child psychologist.

Authorities say a curriculum in happiness can be helpful in preventing suicides among students.

Some Indian states are also working on this idea. For example, Tamil Nadu has a programme called Suicide Prevention and Implementation Initiative (SPIRIT).

Finland is another such country where the government launched the Initiative for Suicide Prevention way back in 1970s.

Likewise, the Bhutan too is being guided by the Gross National Happiness (GNH) philosophy.

Since 1971, the tiny Himalyan nation has rejected the GDP (Gross Domestic Product) as the means to measure happiness and instead brought in its place the GNH that measures prosperity on the bass of the spiritual, physical, social and environmental health of its citizens.