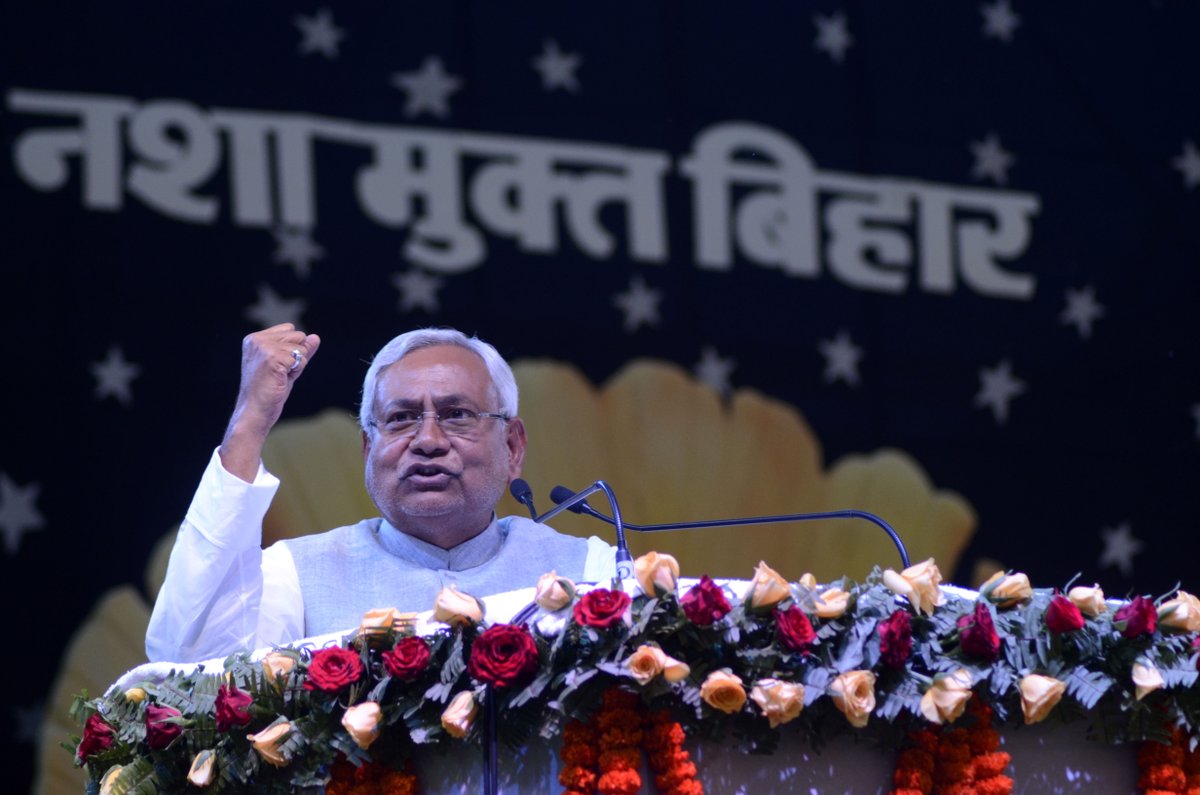 PATNA: The ruling Janata Dal United (JD-U) headed by Bihar chief minister Nitish Kumar suffered yet another humiliating defeat with the party failing to open its account in the Delhi municipal polls results of which were declared today. The JD-U had fielded its candidates at some 111 seats.

The defeat assumes much significance given the fact that chief minister himself had held road shows for two consecutive days in the national capital earlier this month on April 8 and 9 and held rallies in various localities, eyes the votes of the Bihari migrants.

During his poll campaign, Mr Kumar extended support to the long-pending demand for grating full statehood to Delhi and also promised to enforce total liquor ban on the pattern of Bihar.

Apart from him, scores of JD-U ministers, legislators and senior party leaders also camped in Delhi for over a month, campaigning for party candidates yet their appeal failed to cut any ice.

Eventually, the party ended up as a vanquished warrior with nothing to gain, earning much embarrassment to the party boss Mr Kumar.

The ignominious defeat comes in the backdrop of the Bihar chief minister trying hard to project himself as the Prime Ministerial face of the opposition and now taking the initiative to forge opposition unity ahead of the Presidential elections.

He has already called on Congress chief Sonia Gandhi and also talked to many leaders over phones in this regard, as per reports.

“Nitish Kumar stands exposed now. The man who can’t win even ward elections on his own strangely nurses dream of becoming the Prime Minister. He should take lessons from this defeat,” remarked former chief minister Jitan Ram Manjhi whose Hindustani Awam Morcha is a NDA ally.

RJD legislator Bhai Birendra, known close to party president Lalu Prasad, launched even more stinging attacks on the chief minster accusing him of wasting hard-earned money of Bihar on fighting elections in other states without any success. However, Mr Kumar refused to comment on the party defeat in MCD polls.

This is the second biggest setback for the chief minister whose Prime Ministerial ambition doesn’t remain a secret anymore.

Earlier in January this year, the JD-U had pulled itself out of the assembly elections in Uttar Pradesh after seven months of extensive campaigning.

The JD-U opted out of contest shortly after Congress-SP alliance failed to take note of its presence and this became clear to the party leadership that it was not in a position to pull out victory on its own.

ALSO READ: JD-U opts out of UP poll contest ahead of polls

Earlier, the JD-U had met similar fate in assembly elections in Kerala, Assam and West Bengal where elections were held in early 2016 but the party drew a blank.

What was humiliating for the party leadership was that on most of the seats, the JD-U candidates forfeited their security deposits.

Of these three states, the biggest setback came from Kerala where it lost all the seven seats, including its two sitting seats, despite the fact that Mr Kumar himself had gone there to campaign for the party candidates.

ALSO READ: Nitish not in race for the President, clarifies JD-U