Days after UP poll disaster, ‘cornered’ PK finally gets support from Congress 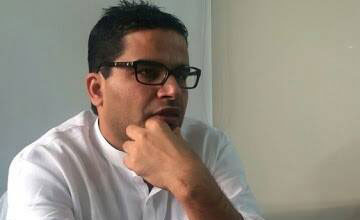 Days after questions were raised over his poll strategy, the Congress party has finally come to the support of political strategist Prashant Kishor, more popular as “PK”.

It was Kishor who had suggested the Congress leadership to tie up with the Samajwadi Party in Uttar Pradesh elections yet the Congress fared too badly in the elections, wining only seven seats—the worst-ever performance in UP.

In the last 2012 assembly polls, the Congress had won 28 seats despite going it alone in the UP elections.

The embarrassing defeat raised a big question mark over Kishor’s strategy but suddenly now, the Congress has come to his support.

Punjab chief minister Capt Amarinder Singh too was quick to extend his support. “Fully endorse this! As I have said many times before, PK &his team and their work was absolutely critical to our victory in Punjab,” tweeted Singh.

The Congress had roped in PK after he is reported to have prepared ground for the victory of Grand Alliance in Bihar in last assembly elections.

But, senior BJP leader Sushil Kumar Modi rejects his role in Bihar. “PK was claiming victory for NaMo & Bihar but what happened in UP and UK? Mercenaries don’t make parties win in elections,” says Modi.

Ram Temple issue should be resolved outside the court: Supreme Court

Former Dy mayor, three others gunned down in gang-war in Jharkhand