Day after ‘pulls and pressures’, RJD hints about fighting UP polls under Nitish’s leadership 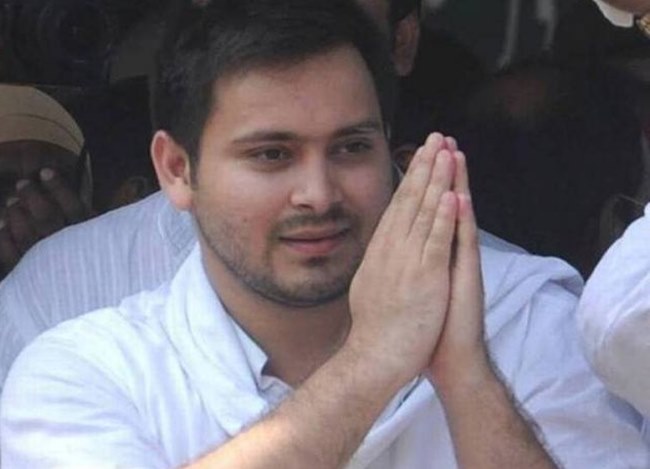 PATNA: In a significant political development, Bihar’s deputy chief minister Tejashwi Prasad Yadav today indicated his Rashtriya Janata Dal (RJD) could be the part of the Nitish Kumar-led Grand Alliance in Uttar Pradesh as well to give a concerted fight to the Bhartiya Janata Party (BJP). The assembly polls are scheduled early next year in UP.

Yadav who only recently joined the Nitish Kumar ministry happens to be the son of RJD president Lalu Prasad.

“The Grand Alliance of secular parties gave a severe defeat to the BJP in Bihar and now we are planning to repeat this experiment in every state going to polls…in UP too,” Tejashwi told the media today adding, “We are sure that the BJP will lose elections in UP as well, after Delhi  and Bihar”.

“We want the secular parties to fight together in UP which is a big state and where we have close family relations,” he said.

He said there was a strong anti-BJP incumbency wave in the country as its “hollow promises” had got exposed now.

The development comes barely a day after Bihar chief minister was seen sharing dais and chopper with Prime Minister Narendra Modi, cracking jokes with him and also hugely praising his arch-rival for his development initiates towards his home-ruled state.

So far, the RJD chief had been indifferent to being a part of Kumar-led Grand Alliance in UP, citing his relations with the family of Mulayam Singh Yadav.

The SP chief has already announced to go it alone in the UP polls.