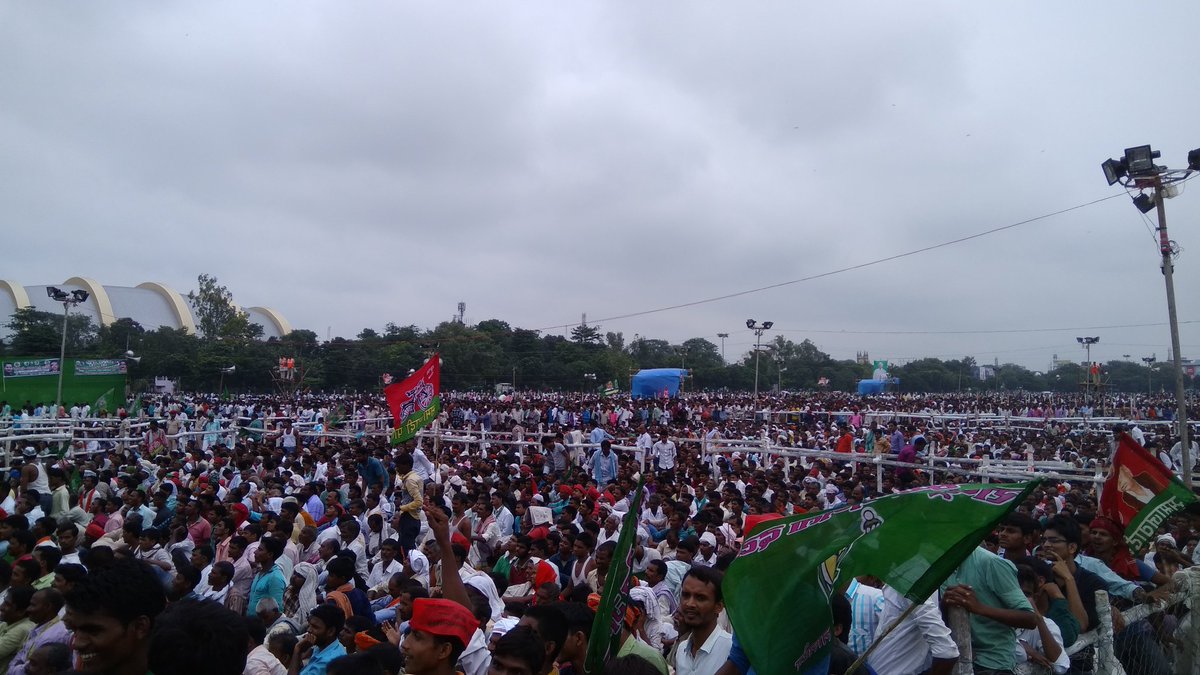 PATNA: RJD chief Lalu Prasad today said the people of Bihar would teach a lesson to chief minister Nitish Kumar who walked out of the Grand Alliance to form government with the BJP.

“The people of Bihar will teach a lesson to Nitish,” Prasad told the media before leaving for his party rally to address.

In the meanwhile, Sharad Yadav has reached the dais of the RJD. The RJD chief welcomed Yadav with a warm hug.

A huge crowd of RJD workers and supporters have flood Patna where the party has organised its much-publicised “BJP Bhagao, Desh Bachao” rally, boosting the morale of the party president Lalu Prasad.

The visit of the crowd assumes much significance given the fact that at presently 19 districts are badly affected by devastating floods, affecting over 1.70 crore population and killing around 450 people. 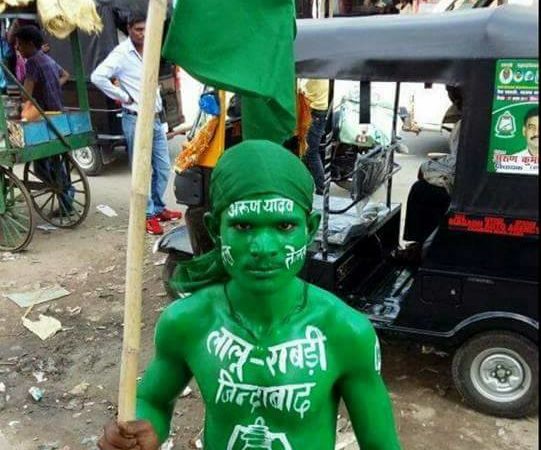 Setting their own family trouble aside, the rallysists have reached Patna in large numbers just to extend solidarity with the RJD and “fight the cause for justice”.

The RJD made the “betrayal” by chief minister Nitish Kumar the main issue of the rally after the latter broke alliance with the Grand Alliance and formed government with the BJP.

Encouraged by the support, the RJD has now announced to drive out Nitish Kumar too in addition to the BJP in the next elections.

“We will drive out Nitish Kumar too along with the BJP in the next elections. People are angry with his betrayal,” Prasad has told the media.

Carrying green flags, shouting slogans and dancing to the beats of rustic songs, the streams of visiting RJD workers have literally turned Patna into green, the colour of party flags.

The big hoardings, banners and posters put up at vantage points in the state capital have made it clear RJD is going to deliver a strong message to the chief minister Nitish Kumar who walked out of the Mahagathbandhan last month.

The visiting workers have taken shelters in the various parks, guest houses, and in the residences of party leaders who made all arrangements for their fooding and lodging. 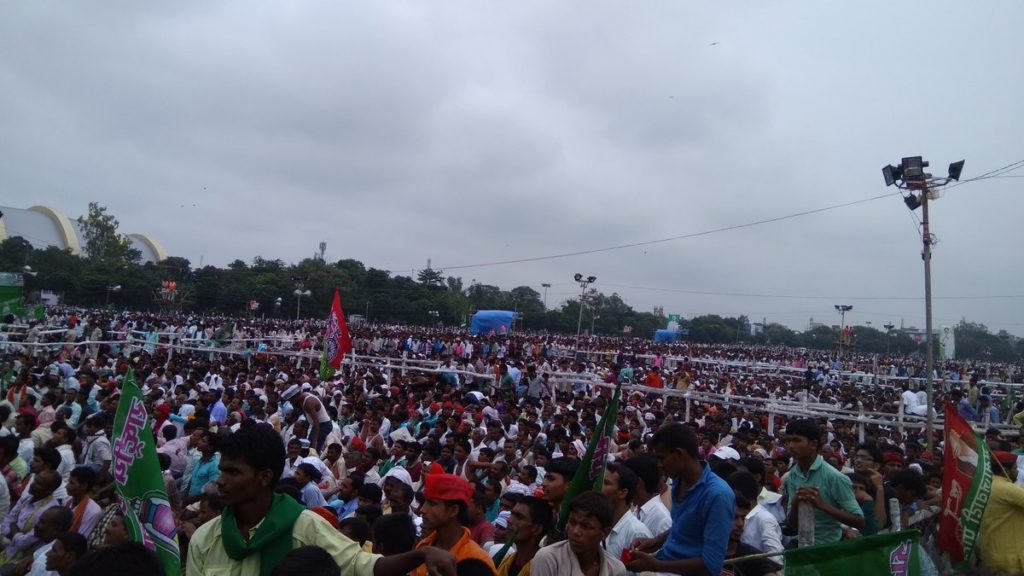 The rally being held in the background of Nitish Kumar breaking alliance with Mahagathbandhan and joining hands with the BJP assumes much political significance. The impressive crowd at the rally will reveal the party’s hold over the voters and also deliver the indirect message that the breakup in Grand Alliance was not “fair”.

Although the rally was planned to forge unity among the scattered opposition at the national level in a bid to serve a massive challenge to Prime Minister Narendra Modi, its theme has changed in the aftermath of Nitish Kumar forming government with BJP after winning elections in alliance with the RJD and the Congress.

Former deputy chief minister Tejashwi Yadav has announced to expose the “betrayal” by chief minister Nitish Kumar at the rally and how his big talks about “morality and ethics” merely remain nothing more than “hypocrisy”.

Quite many opposition leaders from across the country have already arrived to attend the RJD rally whose success will indeed prove to be a big headache for Nitish Kumar.