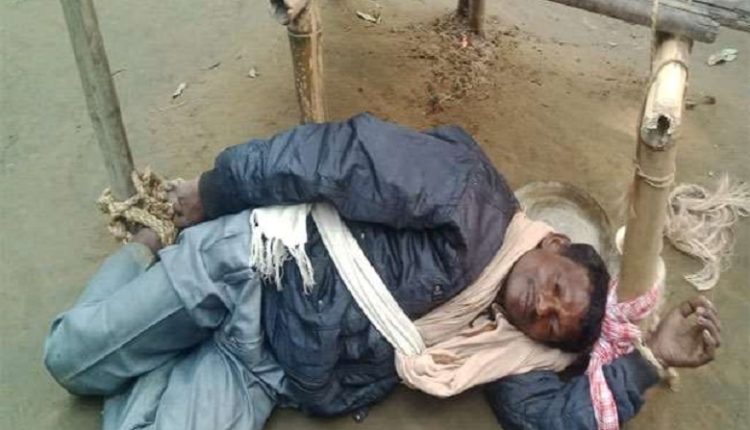 PATNA: Three members of a Dalit family were tied to poles and badly assaulted by influential villagers in Bihar over petty land dispute, sending shock waves.

The shocking incident took place at Sadanandpur village in Supal district of Bihar but came to light after the video of the attack went viral in the social media.

According to a report in Hindi daily Dainik Jagran, a Dalit villager, his wife and son were taken to the residence of an influential villager and tied to the makeshift cot before being badly beaten with bamboo sticks. The Woman sustained serious injuries in the incident and had to be admitted to a primary health centre.

Reports said the father-son duo remained tied to the poles for some five hours and rained with lathi blows. They could not defend themselves as both their hands and feet remained tied.

Soon after getting information, the local police rushed to the spot and rescued the dalit family members.

“We are investigating the case and the accused persons will be arrested soon,” a local senior police official Prabhakar Bharti told the media on Thursday.