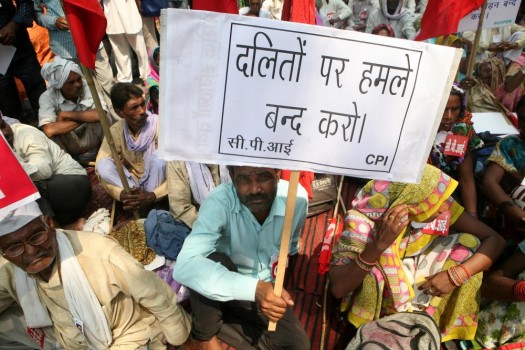 PATNA: Dalits villagers in Bihar were badly beaten up after they tried to enter a Hindu temple and offer prayers there.

The shocking incident took place at Vishunpur-Baghnagari village under Sakra police station in Muzaffarpur district, some 80 km north of Patna, on Friday.

Reports quoting police sources said a group of Dalit villagers had gone to the temple to offer prayers in view of marriage ceremony in the family when they were stopped from entering inside.

When they opposed, they were attacked by the influential villagers, leaving four of them wounded in the incident, reports said. The injured villagers who included a female have been admitted to a local hospital for treatment.

In this connection, a case has been registered with the local Sakra police station against eight persons.

“Police have registered the case and are conducting raids to nab the absconding accused persons,” a local police official Mohammad Mutfiq Ahmad told a local media on Saturday.