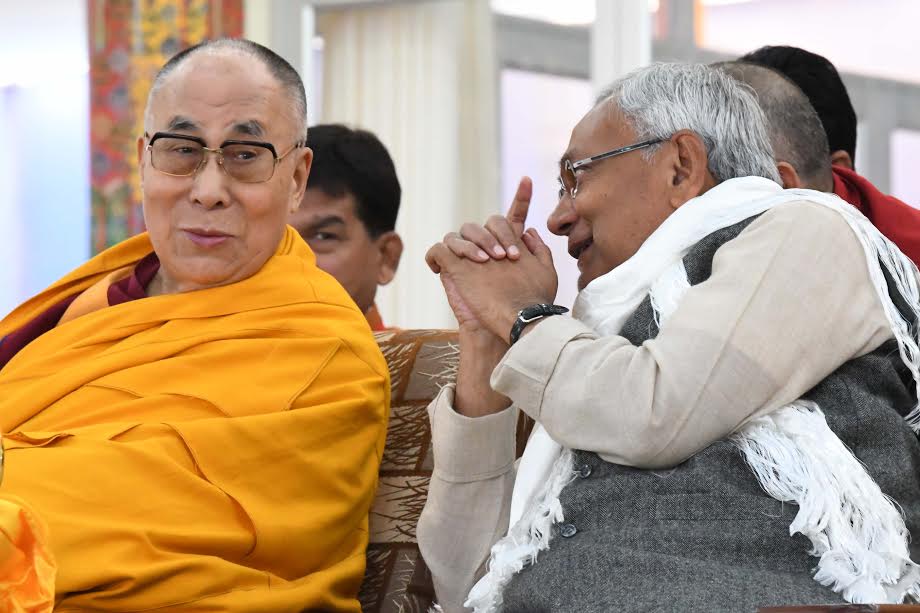 PATNA: Tibetan spiritual leader the Dalai Lama has thanked Bihar chief minister for lending all support and necessary help to the Kalachakra puja, an important ritual of Buddhists.

The 12-day ritual organized at Bodh Gaya concluded on January 14.

“I convey my deep gratitude to you and your government for the personal attention and generous assistance in providing the necessary infrastructure and facilities for the two-week Kalachakra empowerment,” Dalai wrote in his letter to the chief minister.

He said the organizational support including the extensive and thorough security arrangements contributed to the efficient and smooth running of this large event.

“The pilgrims have also been most appreciative of your generosity and hospitality,” Dalai mentioned adding the officials also helped much.

He also praised the chief minister over the way the overall maintenance of the temple area had greatly improved over the years.

“I wish you good health and continued success in providing the kind of able leadership to the people of Bihar that will ensure their prosperity and happiness,” said the spiritual guru.

As per reports, more than 250,000 Buddhist devotes from 92 countries attended the Kalachakra puja.

Just eight men own same wealth as half the world, says Oxfam