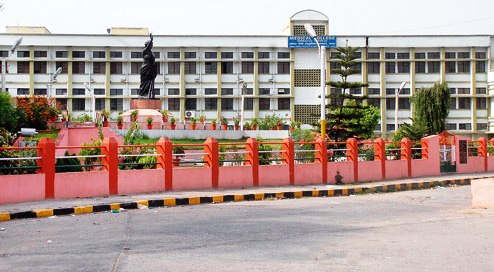 PATNA—A crook masquerading as a journalist allegedly robed off Rs70,000 from a poor patient who had come to Patna’s India Gandhi Institute of Medical Sciences (IGIMS) for his leg treatment.

According to reports, Upendra Paswan, a resident of Raxual in East Champaran district, had got admitted to the IGIMS for his leg treatment on Monday evening. The man urgently required his knee transplant as it has got rotten.

It was to treat her husband that his wife Sugandhi Devi arranged Rs70,000 after selling her ornaments but the fraudster robbed off the money.

“While we were standing outside a medical store on the hospital campus, a man claiming to be a media person came near us and offered all helps. He also got my cell phone number,” the woman told the Shastrinagar police in Patna.

“He called up at night and came to see the patient admitted to the ward block. In course of conversation, he handed over a cold drink to my brother who was lying on the floor. Very soon my brother fell unconscious after which he took out the money and mobile phone from his pocket and disappeared,” the woman alleged.

The woman had requested the police to recover the money saying the failure to do so would leave her husband handicapped for the whole life. She said she didn’t have money to even buy food.

“What should I do now? I don’t have money for treatment of my husband,” the woman said, sobbing inconsolably.

The police are scanning footages of CCTV cameras installed in the area and also trying to get Call Details Records of the stolen mobile phone.

65-year-old comes for interview, told to go back home