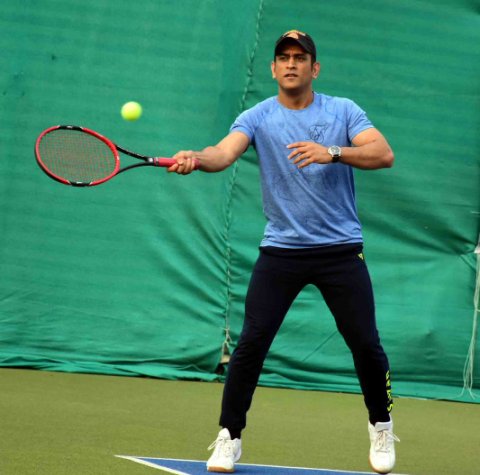 Known for his cricketing skills, Dhoni this time impressed the fans with his racquet skills.

The match was played in JSCA Country Cricket Club Tennis Championship in Ranchi.

According to reports, Dhoni participated in the men’s doubles category of the event.