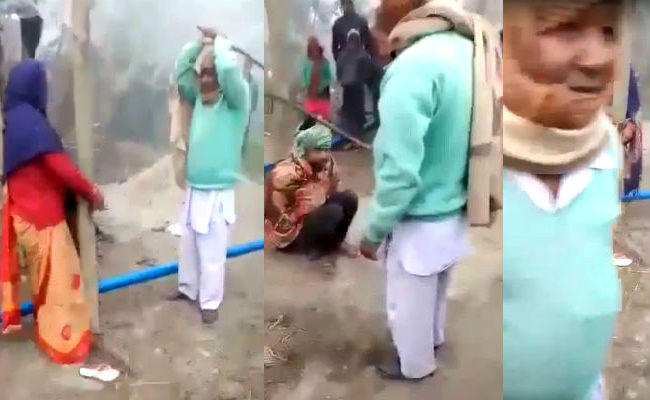 PATNA: Police in Bihar have arrested eight persons after a young couple in Bihar was tied to tree and severely beaten with bamboo sticks for falling love.

Reports said the woman, a mother of five children, had called 25-year-old Pramod Kumar to meet her when the local villagers caught them.

Soon a village court which was held over the issue ordered them to be beaten. Subsequently, the woman and the youth were separately tied to pillars and were badly beaten by bamboo sticks.

TV grabs show a man holding a bamboo log in his hand and severely beating the woman with all force as she cries for mercy. However, none comes to save her. Similar treatment is meted out to the youth.

The police have arrested eight persons in connection with the incident, according to media reports.

Woman told to give ‘agni-pariksha’ to prove her loyalty