All countries are with us: Sushma on India-China standoff at Doklam 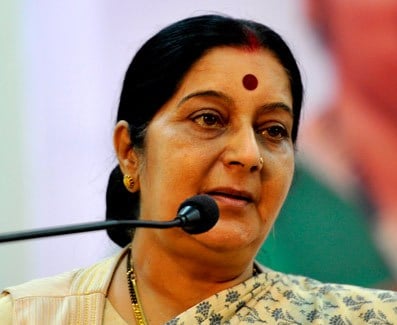 New Delhi: As the border standoff with China snowballs into a big issue, Indian External Affairs Minister Sushma Swaraj told Parliament on Thursday that all countries are with India on the crisis.

Earlier she had called an all-party meeting  to apprise the opposition parties of the month-long chain of events and the steps initiated by the Narendra Modi Government.

The ongoing military standoff  has heightened tension at the Bhutan-India-China tri-junction in  Doklam, a disputed territory claimed by both Bhutan and China, where the Indian Army have reached to stop China from building a road.

Taking a serious note of the Chinese activities, Delhi has described it as a major  security concern  since it  gives China access to the narrow strip of land connecting mainland India to its north-eastern states.

China has accused India of  trespassing into its territory and demanded withdrawal of troops leading to a heated exchange.

While India and Bhutan say the land belongs to the tiny Himalayan kingdom and that the Indian troops are there at the request of Bhutan, China has warned that it will not accept any dialogue till Indian soldiers pull out from Doklam.

Fight for top job: ‘Daughter of Bihar’ says her fight for ideology will continue