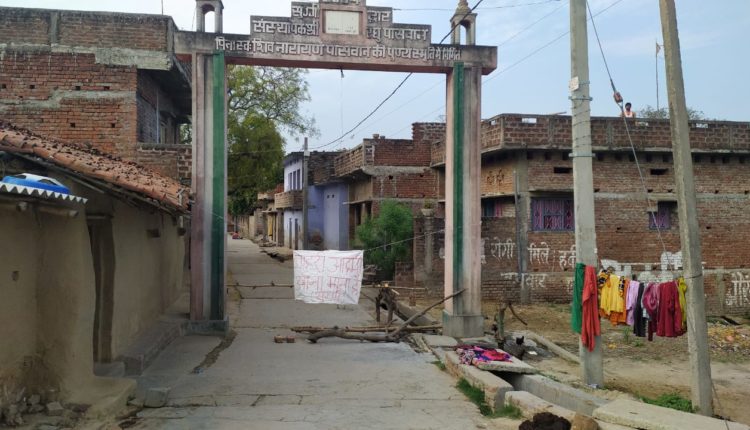 PATNA—The deadly coronavirus has not only emerged as a major threat to the humanity but also started causing bitterness and social tension in the society, slowly and steadily.

In the past one week, two persons have been killed for alerting the health department about the return of the migrant labourers and their free movements in the neighbourhood.

In a fresh incident, a 20-year-old youth Bablu Kumar was beaten to death at Madhaul village under Runnisaidpur police station in Bihar’s Sitamarhi district on Sunday.

As per reports, Munna Mahto and Sudhir Mahto had stealthily returned home from Maharashtra where they worked as daily wagers, on 20 March without informing the local administration and had been staying at the village. Maharashtra is one of the Indian states badly affected with Covid-19.

Reports said Bablu contacted the local police control room and informed the people on the other end about their arrival. Subsequently, a team of doctors reached the village and collected blood samples of the two youths who later tested negative for coronavirus.

However, the arrival of medical team annoyed the youths so much so that they caught the youth and thrashed him badly on Sunday evening.

The badly severely injured youth was rushed to a local hospital but he succumbed to his injuries on Monday. In this connection, a case has been registered with the local police station by victim’s father Vinod Singh. The police have arrested two persons so far.

Last week, another such incident had taken place at Chak-Udaipur village under Padwa police station in Palamu district where a shopkeeper was lynched by four migrant workers since he had objected to their free movements in the village.

Police said the four migrant labourers who returned from Hyderabad and Bangalore had been advised for home quarantine for 14 days by the health officials but they continued moving freely in the village.

A local shopkeeper Kashi Sao strongly objected to their behaviour, leading to headed war of words between them after which the youths assaulted the shopkeeper badly.

He sustained serious wounds in the incident and was rushed to a local hospital where succumbed to his injuries finally. The police have arrested two accused in this connection.

“The victim shopkeeper had advised the youths against walking on the streets saying this acts could put everyone’s life at risk but they turned angry instead and assaulted him badly,” Palamu district superintendent of police Ajay Linda told this correspondent over phone.

In another incident, a team of police and administrative officials were attacked and their vehicle damaged by angry villagers at Dayal Bigha village in Jehanabad district yesterday.

The team had reached the village to quarantine some migrant labourers who had recently returned from Delhi but their family members got so angry that they hurled stones at them and also snatched their mobile phones.

According to a report of the state disaster management department, more 1.25 lakh migrant labourers have returned Bihar in the past 21 days since Corona triggered panic.

Yesterday alone, more than 13,000 returning migrant workers were put up at the local village schools which have converted into quarantine centres. They have been told to stay there for 14 days before reaching their homes and meeting co-villagers.