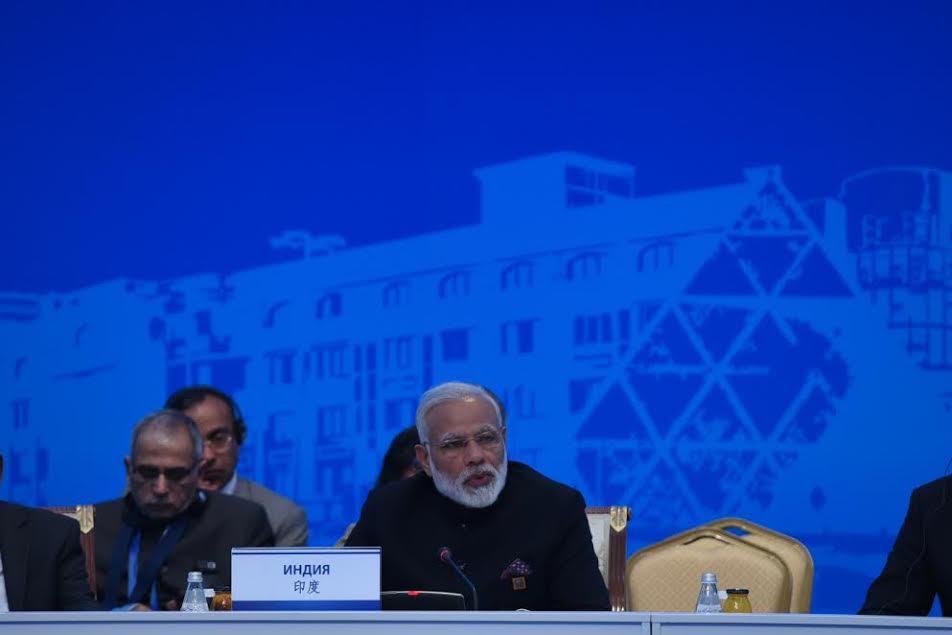 The PM made these remarks while speaking at the Shanghai Cooperation Organisation (SCO) summit on Friday. The two days SCO summit is taking place in Astana, the capital of Kazakhstan.

The prime minister began his address at the SCO Summit by congratulating President Nazarbayev of Kazakhstan for successful leadership and excellent organization of the SCO Summit.

PM Modi said that connectivity with SCO countries is a great priority for India.

During his speech, the PM stressed on the need for coordinated efforts to fight menace of terrorism including radicalisation, recruitment, training and financing of terrorists

He said, “Terrorism is a major threat to humanity.”

“SCO effort will give peace, stability in the region and it will fight against terrorism and extremism in any form,” PM Modi said.

He also congratulated Kazakhstan for its “Future Energy” theme at the Astana Expo, media reports said.

Prior to his departure for Astana, PM Modi had tweeted, “At this meeting, on completion of the process, India will become a full Member of the SCO upon which SCO will represent over 40% of humanity and nearly 20% of global GDP.”

On the sidelines of the meeting, the PM earlier met Chinese and Uzbek President Li Jinping and Shavkat Mirziyoyev, respectively, and discussed bi-lateral ties with them.

Just ahead of 69th B’day, Lalu suffers yet another setback- second time in a month!