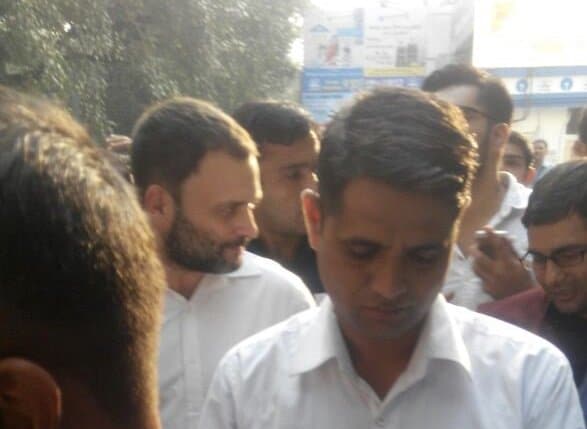 New Delhi: As thousands of people continued to jostle in front of every ATM and banks across the country to exchange money following scrapping of high value currency notes, Congress Vice President Rahul Gandhi on Friday joined the queue at one of the outlets in the capital, media reports said.

People were taken aback as Gandhi, who enjoys special security as one of the country’s VVIPs, suddenly arrived and stood among the commoners in the queue at a state Bank of India branch at Parliament Street.

“I have come to exchange Rs. 4,000. My people are suffering, I have come to stand with them,” media reports quoted him as saying.

Gandhi, however, was not without his Modi-bashing rhetoric as he said, “The Government should be for these people, not a select 10 or 15 people who are not here and suffering”.

The Congress Vice President also posed for selfies with several people present there.