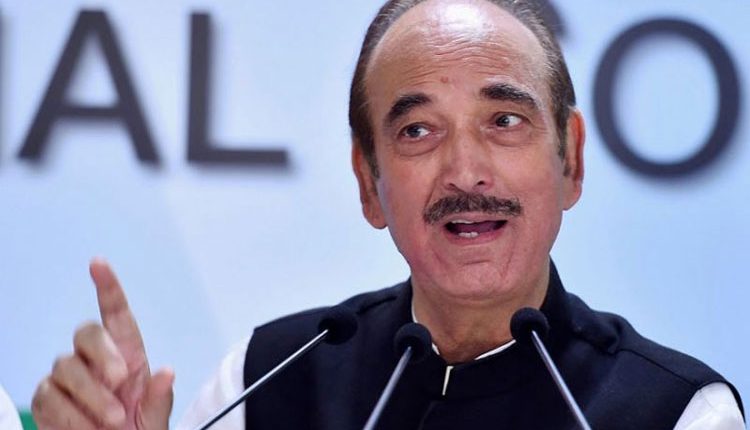 PATNA: The Congress party has indicted it was not rigid over the post of the Prime Minister and that could leave it to other leaders in the opposition in case there was no consensus on its leader’s name for the top job.

The Congress dropped ample hints that it was ready to go with the opposition’s choice to keep the country free from the shackles of the BJP. The indications came at a Press conference addressed by senior Congress leader Ghulam Nabi Azad in Patna on Wednesday.

“The Congress will be happy if the opposition parties arrived at a consensus on party’s name to lead the government after Lok Sabha poll results.  But this doesn’t mean the Congress won’t allow other leaders from the opposition to become the PM if Congress was not offered the chance,” Azad told a media conference in Patna on Wednesday.

The observation amply indicates the Congress is ready to offer any sacrifice—even quitting the claim for the top post—to ensure the BJP doesn’t grab the power again after the elections.

At the same time, Azad appeared fully confident that the neither the BJP nor the NDA government was returning to power after the elections.

“I have addressed around 200 election rallies in 11-12 states and I can say with my own experiences that neither the BJP nor the NDA government is returning to power. Also, Modiji is not becoming the PM. It will be the non-NDA or non-BJP government which will come to power,” Azad claimed.

According to him, the NDA tally will be restricted to barely 125 seats in this election. “You can notice, Modiji is not making any poll promises this time,” he remarked.

He alleged the BJP ditched the common men, farmers, youths, women and businessmen by not fulfilling its commitments and then implementing the not ban and GST.  “Modijis has destroyed as many as 24 crores home through his faulty policies,” he charged.

Azad alleged the BJP had been indulging in violence while the Congress believes in peace and communal harmony.

Grade 12 girl lifted midway through coaching, raped, thrown along the road in Bihar