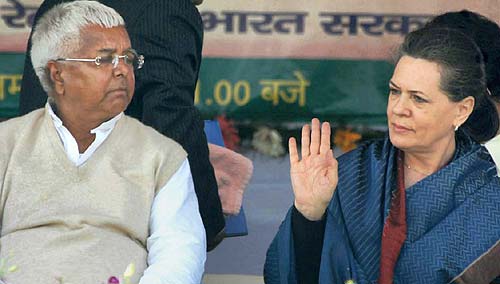 He made this declaration soon after taking over as the new state chief on Thursday.

“The Congress party’s alliance with the RJD and other like-minded parties is a necessity today to defeat the communal forces in the country and it will continue. Mrs Sonia Gandhi too has hinted about this,” Quadari was quoted as saying in the Gulf News today.

The announcement has come as a major setback to the rival group—led by ousted party chief Ashok Chaudhary—which was trying to cause a split in the party over the issue.

Chaudhary faction was claiming that any further continuance of Congress’ alliance with the RJD would destroy the party base in Bihar.

Hold your tongue lest you will be thrown out, Bihar Cong chief tells revolting Chaudhary