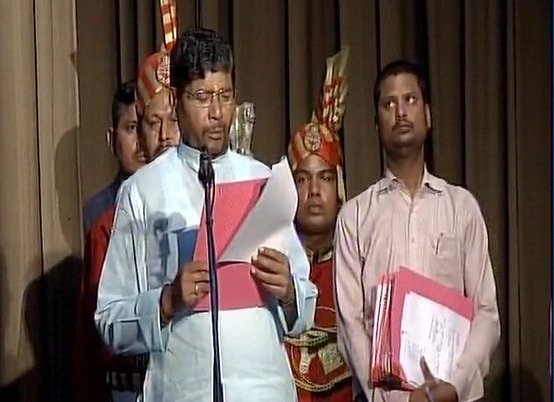 Paras who also happens to be the state LJP president, is brother of Union minister Ram Vilas Paswan.

According to the Congress, as per the rules only a person having special contributions to the fields of arts, culture, science, social service, cooperative movement etc could be nominated to the Upper House under governor’s quota.

“By nominating Paras to the Upper House, the state government has openly violated section 3 (E) of Article 171-5 of the Constitution,” state Congress spokesperson Harkhu Jha told the media.

He said Paras didn’t have the qualification to for nomination under the social service category as he is the state president of the party.

“Anyone who is president of any political party can’t be treated to be into social service,” he explained.

The reaction comes after a public interest litigation (PIL) was filed against Paras in the Patna High Court by a lawyer Mani Bhushan Pratap Sengar against Paras’s nomination.