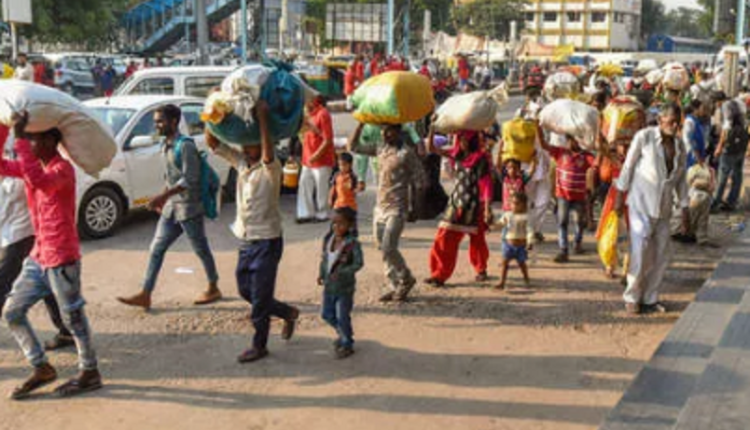 PATNA—Construction companies in India have begun facing the heat of the migrant workers fleeing their homes in view of the Coronavirus-induced lockdown.

As the companies face acute crisis of migrant workers who are headed for homes, either riding trains, trucks, tractor-trolleys, buses, bullock carts, cycles or walking on foot, they have now started giving big advertisements in newspapers, seeking their services.

A couple of days back, a prominent construction company based at Nagaur in Rajasthan issued an advertisement in a local Hindi daily in Bihar seeking for many skilled and semi-skilled workers. This was the first time that such advertisement for small-level workers was issued in any Indian dailies, many recall.

“We urgently require 1000 to 1500 skilled/semi-skilled mechanical workers. If you have any experience in this field, please contact on the given number,” read the advertisement which also issued many numbers for contacting the company.

The advertisement said the company was looking for various types of workers, such as gas cutter, grinder, helper, concrete mason and carpenters.

The advertisement also asked the petty contractors to contact the company if they have 20-30 such workers available with them.

Many such companies are facing acute crisis of workers as the angry workers who felt ignored during the lockdown no longer want to work in the companies and are returning homes out of sheer desperation.

A huge number of migrant workers who returned Bihar have declared not to go out to the previous places of work and rather seek jobs in their homeland. Many said they would survive on salt but won’t go back again.

“Now, I have decided to stay in Bihar…doesn’t want to return,” said Sanjay Kumar Srivastava of Kaimur who worked in a dying factory in Surat.

“I have been in Delhi for the past 5-6 years selling vegetables on the streets but now, I won’t go back. I will stay at my village and survive on whatever I get,” said a woman worker from Sheikhpura.

Shayamsundar who worked as a carpenter in Kolkata too has decided to stay in his home district of Nalanda. He had been settled in Kolkata for the past 35 years.

According to an estimate, more than six million migrant workers from Bihar are stranded in various parts of the country. There is a mad scramble among them to reach their homes.

Bihar transport secretary Sanjay Agarwal said on May 25 that more than 1.53 million migrant workers have returned to the state by 1,029 trains so far.